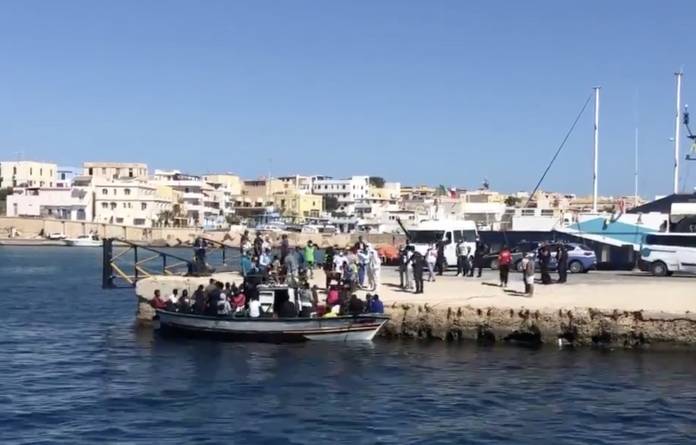 Speaking at the conference today, President von der Leyen recalled that “migration has always been a fact for Europe – and it always will be”, and that it “enriches our societies, it brings new talent to our countries, when well managed”. However, the European Union still faces many challenges: “The current system no longer works. Our New Pact on Migration and Asylum offers a fresh start.” The President underlined the importance “for the EU to build a system that manages migration in the long term and which is fully grounded in European values”, set out in the new Pact on Migration and Asylum the Commission put forward in September this year.

To find a “sustainable solution”, President von der Leyen urged all parties involved – national Parliaments, the European Parliament and national governments – to work together to acknowledge and overcome existing differences. She also reiterated the need to show solidarity to the Member States on the EU’s external borders whose concerns need to be heard and discussed.

EP President David Sassoli stressed that “behind migration figures there are people , each one with their own story”, adding that “they need to be at the heart of any efficient European policy on migration and asylum”. President Sassoli referred to the recent tragedy off the coast of Libya in which a six-month-old baby from Guinea lost his life after a shipwreck. He also emphasised that Italian, Spanish, Greek, and Maltese borders are, in fact, European borders: i.e. a shared responsibility for the whole Union.

Wolfgang Schäuble, Chair of the German Bundestag, admitted that there are no easy nor optimal solutions to this conundrum. “We must fulfil our humanitarian obligations, and saving lives at sea is a legal obligation”, he said, but sometimes we also have to cooperate with dubious regimes. He warned that cynical smugglers use EU ideals to their benefit, so “we need to show we are capable of returning people in order to not create false incentives”.

The Speakers of the Portuguese and Slovenian parliaments, Eduardo Ferro Rodrigues and Igor Zorčič, also took part in the opening of the conference, since these two countries form together with Germany the trio of EU presidencies of the Council.

Ferro Rodrigues noted that migration is a global phenomenon to which the EU must respond based on its founding values. “There is a lot of work to be done in the years ahead” on the basis of a new European Pact, he added. Zorčič agreed that the current asylum system has shown too many weaknesses in recent years and hoped the EU will be able to create an efficient common framework, taking into account each member state’s situation.