The Malta Chamber of Commerce has called for the establishment of a Ministry for Good Governance. It said that this decision needs to be made by whoever is elected as Prime Minister of Malta between Chris Fearne and Robert Abela in the coming days.

According to the President of the Chamber, Architect David Xuereb, the Chamber has been proactive and worked on 65 recommendations for Malta. Speaking to Newsbook.com.mt, Xuereb explained that these recommendations will be presented to the winner of the Labour Party Leadership election.

The proposals tackle different aspects of society, including regulators and citizens.

One of these proposals is that of having a Minister directly overseeing good governance. According to Xuereb, with this kind of position the Maltese population will be given a boost in confidence. He went on to say that a clear signal will also be given to those foreigners that are outside, looking in on Malta, with a mind full of doubts on the country’s reputation. In this manner the country will show that “no stone is left unturned,” Xuereb explained. 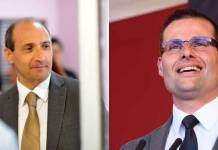 Newsbook.com.mt asked Xuereb for his first reactions following Chris Fearne’s speech with regards to the subject. Xuereb said that members of the Chamber have told him that Fearne responded positively and that his contributions were appreciated. He added that it might be the case that not everyone agreed with what he had to say.

John Paul Cordina   February 26, 2020
Finance Minister Edward Scicluna this afternoon washed his hands off any responsibility for the concession to run three public hospitals granted by Vitals – even as he defended the concession as it stood.

David Falzon   February 27, 2020
Five-time Grand Slam champion Maria Sharapova has announced her retirmement from tennis at the age of 32.