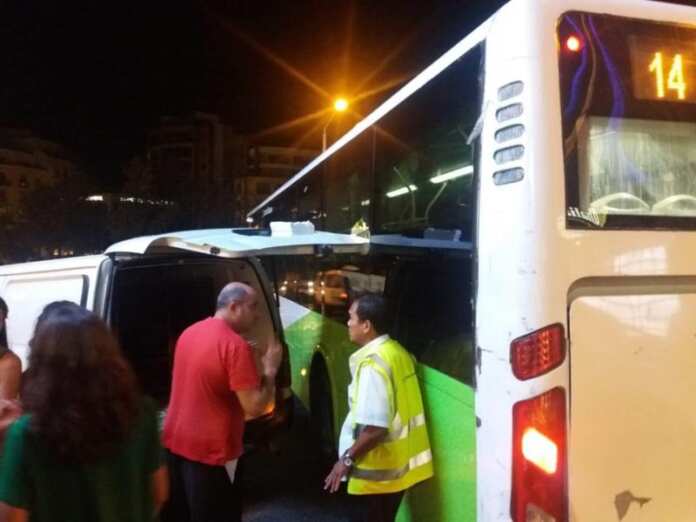 A number of passengers may count themselves lucky after their bus was involved in a traffic collision with a pastizzi van in Paceville on Saturday.

The accident happened at around 10:15pm in Triq San Ġorġ in St. Julian’s near Paceville and could have ended with worse consequences as a window from the bus got shattered from the impact.

Police sources confirmed that no one has been reported injured.