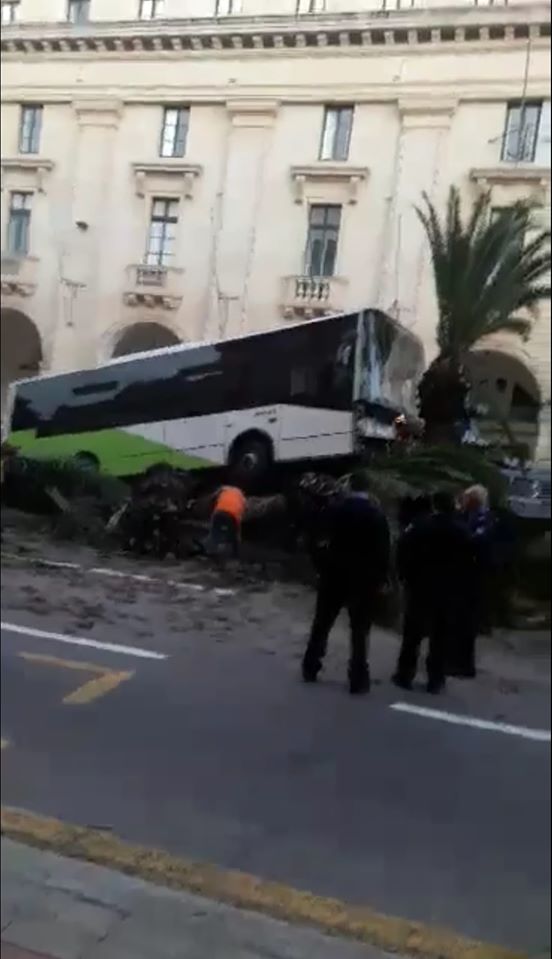 Malta Public Transport said that the bus driver who was driving the bus which crashed into a pole before mounting the central strip and pulling down a number of palm trees has been suspended.

The company confirmed that no one was injured in the incident. It explained that the man was suspended following the initial findings of the investigation.

Bus ends up on central strip in Floriana

Nobody suffered any injuries following a weird road accident in Floriana on Sunday.

Saint Anne Street was closed for a while early on Sunday as members of the Civil Protection Department were removing the carcass of a bus that ended up on the central strip in Saint Anne’s Street.

The incident happened at around 6am after the bus driver lost control of his vehicle while driving towards Valletta.