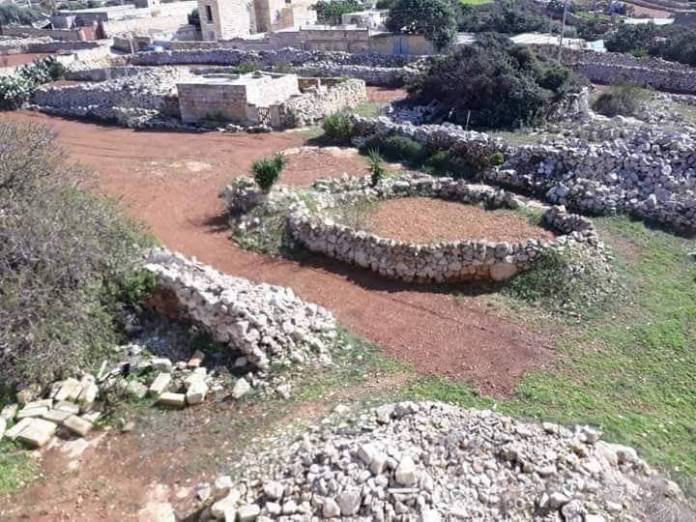 An area of about 20 tumoli of arable land in Nigret, Zurrieq seems set for development as the planning process for PC49/19 gets underway. The land is adjacent to typical village edge development of two-floor terrace houses.

The application, if approved will dwarf these modest dwellings as the proposal is essentially translatable into five floors. PC49/19 requests permission for “Extension of existing roads, formation of new road, & zoning of resultant site within rationalisation area for terraced housing 3 floors and semi-basement.” In effect the semi-basement is, potentially another floor since that part of the development may be only slightly below street level. Observers close to the planning community said that the possibility of a penthouse is quasi-automatic, rendering the application in fact much larger as a spatial entity.

This application is cheek by jowl with another PC application: PC85/18 which is currently listed as ‘Waiting for the proposal on the Topographic Survey’.

Details of the cases

Proposal: Extension of Existing roads, the formation of new road, & zoning of the resultant site within rationalisation area.

Case Status: Waiting for the proposal on the Topographic Survey

What is a PC application?

While land-use planning has to be approved by Parliament, an exercise normally carried out through the local plans, parcels of land can be planned through a one-step-below exercise. This is the Planning Control application. Once parliament, in 2006, approved this land to be included in the development zone, the PC applications will now say what sort of development can be carried out. Planners who spoke to Newsbook.com.mt said that this is “like having a piece of cloth and deciding whether to make a skirt out of it or trousers”. The PC application will decide on the density of the development. Observers said that in effect if the government decides that this land should not be built in an undesirable way, it can direct the PA that what is acceptable on that stretch of land. Informed sources told Newsbook.com.mt that in 2008, government, through the cabinet, had directed the then MEPA on certain areas where the density proposed and approved by parliament, was going to be deleterious to the community.

John Paul Cordina   August 7, 2020
The government’s arguments at an 8-hour meeting of the Malta Council for Economic and Social Development have failed to persuade the Medical Association of Malta to stop its industrial action, in light of the government’s ‘illogical and absurd’ insistence to allow mass events during an epidemic.