Britain’s government would not support the readmittance of Russia as a member of the G7, but it is up to the host country of any summit to decide which leaders it invites as a guest, a spokesman for Prime Minister Boris Johnson said on Monday.

U.S. President Donald Trump said on Saturday he would postpone a Group of Seven summit he had hoped to hold next month until September or later and expand the list of invitees to include Australia, Russia, South Korea and India.

Johnson’s spokesman said the prime minister would wait to see what the United States proposed. 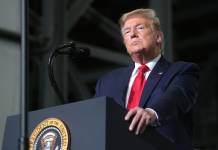 “We will look at the detail of what the U.S. is proposing. It is customary for the country that holds the G7 presidency to invite other leaders to participate as guests in the summit,” he told reporters.

“Russia was removed from the G7 group of nations following its (2014) annexation of Crimea and we are yet to see evidence of changed behaviour which would justify its readmittance … We wouldn’t support it being readmitted as a member of the group.”

Amy Borg   July 9, 2020
A MISCO poll for CD eNEWS Agency conducted between the the 1st and 2nd July indicates that the gap between the two parties has widened from 11% to 15% since the 2017 elections. The survey shows that Robert Abela has a lead of 45 percentage points over Adrian Delia as to who voters believe is more suitable to be Malta’s Prime Minister.