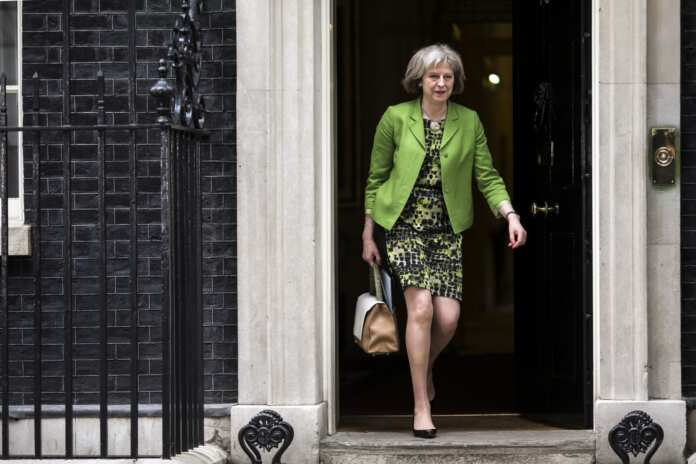 Theresa May might soon have to move out of 10, Downing Street, if she were to follow the advise of the UK headlines today. Headlines on most British newspapers are reporting  a “cabinet coup” against Prime Minister Theresa May. The British premier seems to be facing increased pressure to step down following a turbulent week were she faulted her MPs after she had to face criticism for delaying Brexit. Her speech was met with widespread criticism with many critics saying that her words were ‘outrageous’ and ‘unheard of in a democracy’.

Senior party figures are urging May to admit defeat and resign 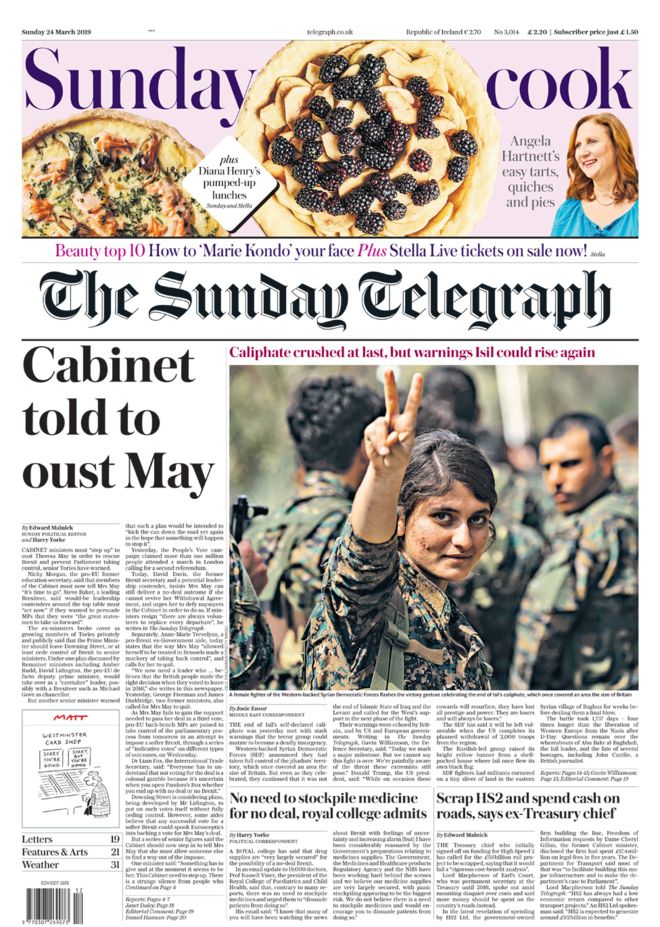 In a piece for the Sunday Telegraph, former Brexit secretary David Davis said that leaving without a deal on World Trade Organisation terms “looks much better than the other options in front of us”. He also said “and if some Ministers resign as a result? That would be a pity, but there are always volunteers to replace every departure.”

According to the Sunday Times at least six senior ministers want David Lidington as premier until formal leadership elections take place. They are also threatening resignation if May does not step down.

In the Telegraph, Nicky Morgan, former Cabinet minister and Remain supporter said that May “Unfortunately, I think that what started off as qualities that people admired are the flexible leader to find a way through this. I understand that it is difficult to say to someone that it’s time to go. But there are enough people around the Cabinet table who can step up …and she’s got to listen.” 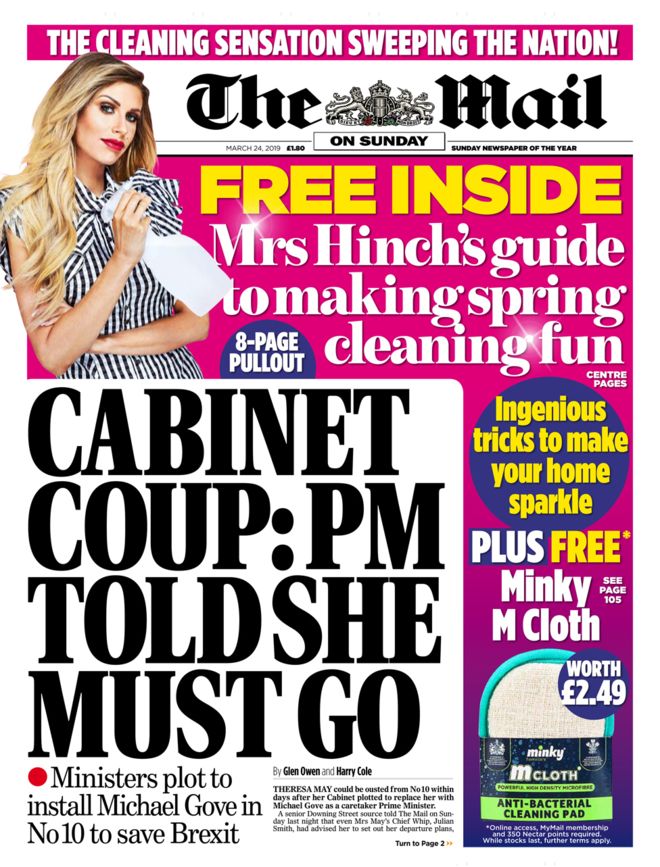 The Mail is reporting that there is “complete unanimity” for May to be replaced with Environment Secretary Michael Gove.

MP George Freeman , who was also May’s former policy adviser tweeted that May’s days at 10, Downing Street are over as “everyone feels betrayed” though she did “her best”.

I’m afraid it’s all over for the PM. She’s done her best. But across the country you can see the anger. Everyone feels betrayed. Government’s gridlocked. Trust in democracy collapsing. This cant go on. We need a new PM who can reach out & build some sort of coalition for a PlanB.

The People are not happy as well

Theresa May’s decisions are also being fiercely opposed by the People.

Following her speech in The Commons on Wednesday, the Revoke Article 50 petition has gained tremendous momentum online, and with over 4.8 million signatures on Sunday making it now the most popular petition to date.

Over 1 million marched took to the streets of London waving EU flags and placards with political messages from Hyde Park to Parliament Square on Saturday.

Meanwhile, May has not issued any public reaction on the matter but chose t spend she spent the weekend holding Brexit meeting at Chequers and also joined local elections in Milton Keynes.

On a busy weekend of Brexit meetings, good to join @iainastewart and @MKConservatives and talk to local residents ahead of the council elections on 2 May. pic.twitter.com/fI1mEReGMZ