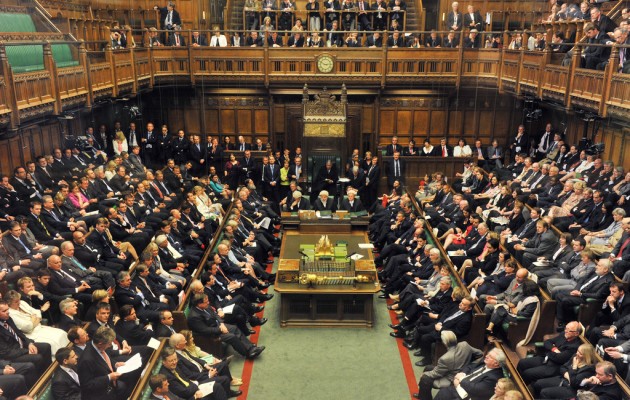 UK MPs have once again voted against all four options presented.

The Customs Union vote has come close with a margin of 3 votes.

The motion to have a Common Market 2.0 also drops.

The call for the public to have a vote on the deal has also fallen by only 12 votes.

The complete revoking of the Article 50 has been dropped by a clear majority of 101 votes.

Updated: UK MPs to vote on 2nd round of indicative votes

The European Commission President Jean Claude Juncker earlier hit out David Cameron, the former Prime Minister, calling him ‘one of the great destroyers of modern times.’

Speaking at the regional parliament in Saarland, Germany, Juncker explained that Cameron had prevented the Commission from participating in the referendum.

‘We were forbidden from being present in any way in the referendum campaign by Mr. Cameron, who is one of the great destroyers of modern times. Because he said the Commission is even less popular in the U.K. than it is in other EU member states … If we had been able to take part in this campaign, we could have asked — and also answered — many questions that are only being asked now.’

He also said that he was still unhappy with the lack of clarity over the what UK wants.

"David Cameron is one of the greatest destroyers in modern times."@JunckerEU hits out at the former prime minister on Brexit: pic.twitter.com/lo7ay9dKCW

The Liberal Democrat leader tells Sky News that he believes that the government eventually have to go back to the British people over any decisions made in Parliament.

He says that there might be ‘some compromise’ on MPs voting on soft Brexit options and giving the public a voice.

As the indicative votes are counted, Lib Dem Leader @vincecable tells @SkyNews he thinks the government might have to go back to the people to "test out" any #Brexit decisions MPs make.

Follow the latest ahead of the results here: https://t.co/axYaiw9rRk pic.twitter.com/CybrYX2XmH

Alexandre Alfonso has mapped the voting preferences of British MPs on the 8 Indicative votes cast on March 27.

This graph links the MPs to the Brexit options.

Apparently the closer MPs are to the option shows how many voted for them. The bigger the option the more favourable the option.

Ultimately, the map shows how polarised MPs are over the ‘Hard’ and ‘Soft’ Brexit and the options associated with them.

Voting has finished on the motions and here is how some of the MPs have been voting.

Voted no to all 4 options. Can’t see how any of them are better outcome than PM’s deal. And I must honour manifesto on which I was elected – to deliver Brexit. CU & Common Market 2.0 is not Brexit no matter how you dress it up.

There is a route forward but it’s not these. pic.twitter.com/bryP4KojmN

MPs were denied the right to vote for a full WTO Brexit on the ballot paper tonight. It was a choice between soft Brexit, no Brexit or holding another referendum to get a different answer. So much for democratic innovation of “indicative votes” pic.twitter.com/C6gUdUlsms

Many grim faces tonight. I’ve decided to vote FOR PV and Revoke and not obstruct the softer options (abstain). I can’t in good conscience vote for any kind of Brexit but neither do I want a No Deal so that’s the compromise position I’ve taken. pic.twitter.com/VwKaHN5zua

The House of Commons Speaker John Bercow, has selected four motions which MPs will vote on tonight.

Read below to see explanations of what each motion means.

The former UKIP leader has weighed in the options presented for tonight and he’s naturally not impressed.

The 4 motions Bercow has just selected for votes tonight are all Remain and all continue uncontrolled free movement.

Brexit: UK MPs to vote on 2nd round of indicative votes

Following Friday’s third defeat of the British Prime Minister’s Brexit deal, MPs will today be voting on a further set of indicative votes on alternatives to what is already on offer.

Eight options will be presented to the House of Commons Speaker John Bercow, who will then decide which ones MPs will vote on. This makes them the second set of indicative votes following last week’s defeat of all eight previous options.

Here is a quick run down on what MPs will be voting on at 9PM (Malta time) tonight.

Brexit with exit from Irish backstop

The proposed motion says that the UK would leave the EU on the May 22nd deadline with the existing Withdrawal Agreement altered allowing the UK to leave the Northern Ireland Backstop.

This motion is being presented by Conservative back-bencher John Baron.

No-deal with no Withdrawal Agreement

This option calls for MPs to support a No-Deal Brexit if the Parliament cannot support the Prime Minister’s existing Withdrawal Agreement by April 12th.

This motion is also being presented by Conservative backbencher John Baron.

If the motion passes, it will require the Government to secure a customs union between the UK and the EU as part of the Brexit deal.

This motion is being presented by the former Conservative Chancellor Kenneth Clarke.

The motion was dropped by a margin of only 6 votes when it was proposed during the last set of indicative votes, 271 to 265.

The proposed (Norway-style) motion calls for a renegotiation of the existing political declaration to include membership of the European Free Trade Association. This would effectively mean the UK maintains continued membership of the European Single Market or European Economic Area (EEA) following Brexit.  Part of this negotiation would include a, ‘comprehensive customs arrangement.’

This also includes a ‘UK say’ over the EU’s future trade deals. This stipulation would remain in place until there is a more comprehensive trade deal for the movement of goods and open border movement in Ireland.

‘Put it to the public’

No Brexit deal will be ratified by the Parliament unless it is put to the British public to vote on.

The motion that has support from MPs across the parties, proposes the extension of the Brexit process. Failing that, the Parliament will then be responsible for choosing whether to go with a No-Deal or to simply revoke Article 50.

The motion is proposed by MPs including Conservative Dominic Grieve and SNP Joanna Cherry.

If successful, the motion would call for an inquiry into finding the best possible future relationship with the EU. This would need to have the support of the majority of the British people.

The motion calls for the UK to rejoin the EFTA, find a short extension of the UK membership in order to affirm the UK’s accession to the trade agreement. This would include negotiation with the EU over border access with Northern Ireland.

The motion is being presented by the Conservative MP George Eustice.

This motion was defeated 377 votes to 64 last week.