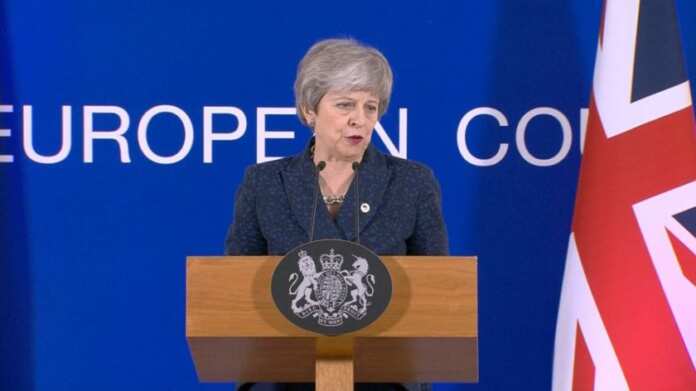 Theresa May has officially requested another Brexit extension until the 30th of June with a letter to the European Council President Donald Tusk. The EU27 leaders will convene in Brussels on Wednesday the 10th of April and to produce a response.

In the letter, Prime Minister May said that the United Kingdom will participate in the upcoming European parliament elections because there is a legal obligation and not because it is in the interest of either the European Union or Great Britain.

Mrs May also told the President of the European Council that she intends to hold a third vote on the twice-rejected Brexit deal but will need more time to do so. She also explains that the Government is vying towards leaving the European Union however the House of Commons has not thus far approved of the deal put on the table or found a majority in favour of other terms.

As it stands Theresa May has to find an alternative way of presenting her Brexit proposal to vote as the speaker of the House John Bercow has cited a rule from 1604 that disallows parliament from voting on the same matter more than once in the same sitting, and added that a third vote on the matter would fall afoul of this rule which was last invoked in 1920 and he would therefore block it.

Really disgraceful letter. Mrs May is now proposing an extension just until end of June – making it deliberately impossible to hold a referendum, even before talks have concluded with Mr Corbyn. She is ruling out in advance the only viable way of ending the Brexit impasse https://t.co/aFrECdPXPO

I do not want to keep banging on about brexit, but I just get exasperated. Look at the tweet below – this overgrown schoolboy (surely whichever side of the debate you are on you’d agree this is nothing more than a tantrum) is a potential prime minister. Where are the grown-ups? https://t.co/xMBdU8qdZa

It’s ludicrous for political candidates and voters to be expected to endure an entire election campaign without any certainty as to whether there will even be a seat to be won at the end. May should just take the hit and accept that the UK is taking part. https://t.co/4rDHwPHdx0

Nigel Farage, the leader of The Brexit Party is ready to lead his party into another EP election as “the fightback to save Brexit has begun”.

I will lead @brexitparty_uk into the European elections. The fightback to save Brexit has begun. pic.twitter.com/z4TUdOhRAM

Monique Agius   October 17, 2020
The dome of the Żurrieq Parish Church will be restored through an 80% co-financing from EU funds. The project will cost €70,000.