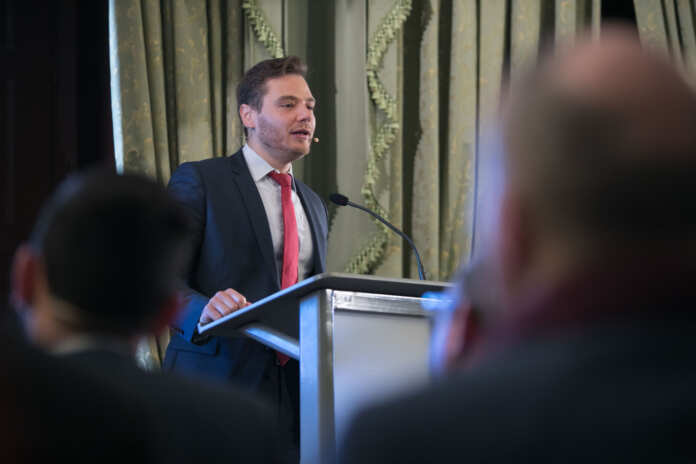 ‘How will Brexit effect day to day business operations?’ This was the main theme of ‘Brexit – A Financial Markets / FX Perspective’ a seminar organised by the Malta Business Bureau in collaboration with Bank of Valletta and the Malta Chamber of Commerce, Enterprise and Industry.

“A ‘No deal Brexit’ seems to have become the only true option at this stage.”

In his opening address, Frank V. Farrugia, President of the Malta Chamber of Commerce, Enterprise and Industry, highlighted the increased uncertainty over the UK’s departure from the EU. Mr Farrugia stated, “A ‘No deal Brexit’ seems to have become the only true option at this stage. The votes, which Prime Minister May has announced and which will take place in the House of Commons this week, may change this and give some more certainty on the chosen path forward.  However, given the circumstances, it is now our duty to stand foursquare by our members and businesses to support them through these challenging times ahead.”

“The probability of a delayed Brexit and a new referendum are high.”

Keynote speaker Christopher Dembik, Head of Macroeconomic Analysis at Saxo Bank, remarked that whilst some economic sectors within the EU and some EU member states will be more exposed than others, from a macroeconomic level, Brexit is mostly a British problem with risk of contagion close to zero. He also explained that the probability of a delayed Brexit and a new referendum are high, however, he believes that the main worry is the lack of new credit growth, which is the UK’s top issue for medium and long-term macroeconomic output. 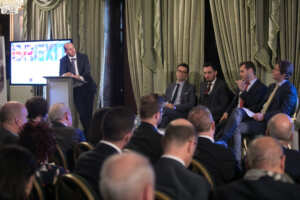 Participating in the panel discussion moderated by Mark Scicluna Bartoli (Executive – EU & Institutional Affairs – Bank of Valletta) , panellists Simon De Cesare (President of the Malta Business Bureau), Stefano Mallia (President of the Brexit Advisory Group within the European Economic and Social Committee), Glenn Micallef (Head of EU Secretariat within the Ministry for European Affairs) and Christopher Dembik discussed this week’s votes in the House of Commons and how a delay of a hard Brexit may provide a breather, but postponing without solutions in place will not address business needs.  Other topics discussed by the panel included how to manage the high volatility in the FX market, and how the fluctuations of the value of the Sterling to the Euro are affecting business, including tourism operators. Reference was also made to the aviation agreement which was concluded recently at an EU level to ensure continuity of air travel between the UK and the EU.

“The consequence of a ‘No deal Brexit’ are too disastrous to even entertain.”

Concluding the event, Tony Zahra, President of the Malta Hotels and Restaurant Association, further emphasised the very uncertain nature of Brexit, which makes it hard to talk about and harder to prepare for. Mr Zahra remarked that the 29th March is only a few days away and he certainly hopes that a deal is reached before then, for the consequence of a ‘No deal Brexit’ are too disastrous to even entertain.

Whilst thanking Bank of Valletta for their collaboration, MBB CEO Joe Tanti who chaired the event, encouraged the EU institutions to assist businesses address the current uncertainty due to Brexit and urged Member States to uphold the integrity of the Single Market in spite of the populist political climate.

The Malta Business Bureau is the EU-business advisory office of the Malta Chamber of Commerce, Enterprise and Industry, and the Malta Hotels and Restaurants Association.