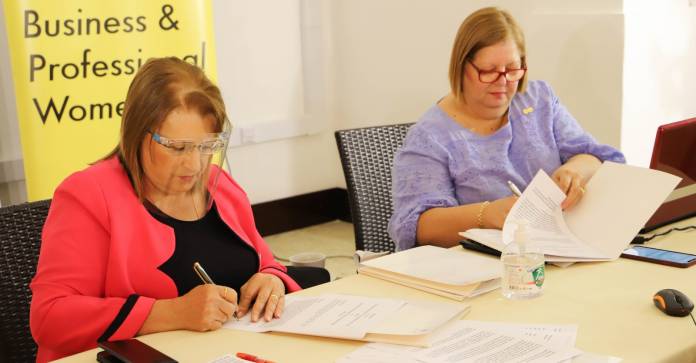 The Business & Professional Women (Valletta) Malta and Malta Foundation for the Wellbeing of Society have signed a Memorandum of Understanding to work towards the education and adoption of the Charter of the Girl’s Rights.

The charter, inspired by the UN Convention on the Rights of the Child, was adopted after the unanimous approval of a resolution presented at the BPW European President’s Meeting in Zurich, Switzerland on the 30th September 2016.  The Charter consists of 9 Articles all aimed towards the empowerment of girls and to educate on gender equality and the fight against violence.

The MOU entered into by BPW and MFWS, seeks to educate and empower girls and all children about their rights of non-discrimination and gender equality.

The nine articles cover the protection and just treatment by family, school, employers, health and social services; safeguard against any form of violence, exploitation, sexual abuse and constriction of cultural practices; treatment with all rights accorded to people by law and social organisations; right to be educated in subjects to enable her to become a knowledgeable citizen;  informed and educated about everything related to health in particular to gender-focused medicine; benefit form positive support of family, school, health and social services; included in official statistics and which data to be reported separately according to gender and age; and the right not to be targeted or used as an instrument in publicity which could give girls a negative image or offend her dignity.

Watch: The cryptoactives, a world of advantages and opportunities – Jacqueline Giordmaina

Watch: How is business etiquette different in China? Christiana Sciberras

Watch: “What are the the lessons we should take from Covid 19?” – Maxine Bristow, holistic coach

Watch:”We can make a change in the post-COVID world of business,” – Dr Flavia Zimmermann

Watch: How prepared is the tourism sector for COVID-19? – Stephania Abela Tickle, Meet 360