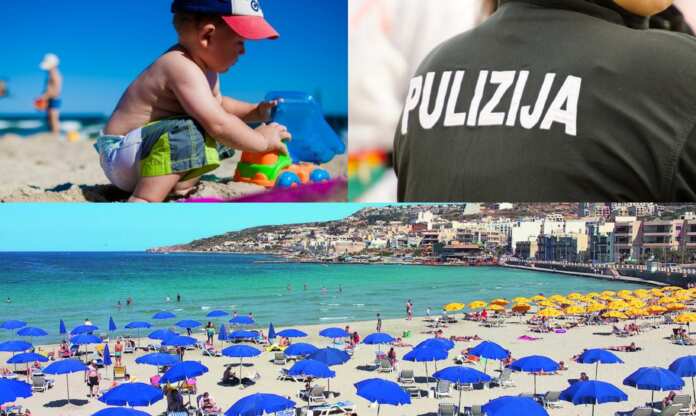 A mother made a heartfelt appeal to ensure that all children are constantly supervised to prevent kidnapping.

In a Facebook post, a mother, clearly shaken, appealed to all parents to never leave their children by themselves, ‘not even for one second’ she said.  She said her son was the target of an attempted kidnapping in Għadira Bay.

According to the mother, the attempted kidnapping occurred as her 5-year-old son told her that he was going to wash his toys in the nearby sea.  As the child was washing his toys, a foreigner allegedly approached the child and covered his mouth so that he could not shout for help.

The mother said that the child bit the man as soon as the alleged kidnapper was leading the 5-year-old to his tent.

She thanked the district Police and officials from the Rapid Intervention Unit who helped her and her child.

It is not yet clear if the alleged kidnapper was caught.

This story is being updated. 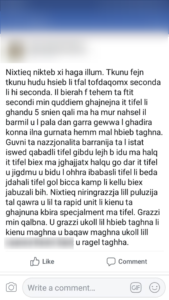 Update 2: BOV’s POS terminals and ATMs back to normal