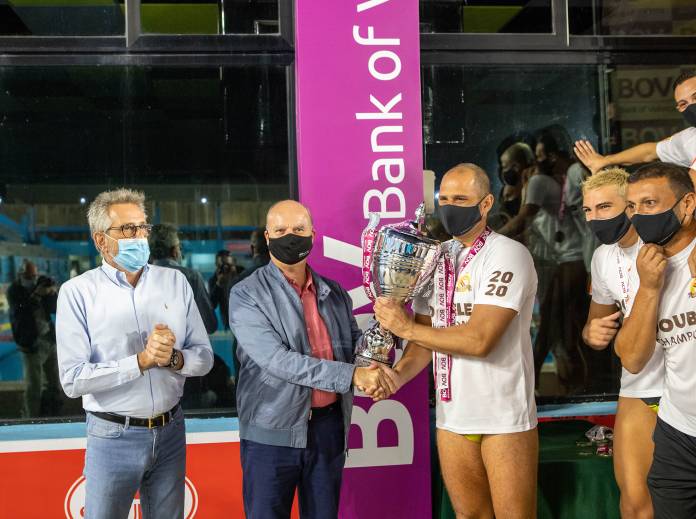 San Ġiljan beat neighbours and arch-rivals Neptunes 9-6 in the final of the BOV Water Polo Premier Division Knockout to win the trophy.

San Ġiljan scored first, and never relinquished the lead and opened a 3 goal lead in the third session which they maintained until the end.

This final was veteran Paul Fava’s final match with San Ġiljan after 13 seasons, following his announcement that he is retiring.

The BOV Water Polo Premier Division Knockout Trophy was presented to the winners by Anthony Scicluna, Chief Officer at Bank of Valletta and Joe Caruana Curran, President of the Aquatic Sports Association of Malta. Paul Fava received the trophy as a sign of respect and loyalty to the club.

Tonio Cini not re-contesting for President of Malta Motorsport Federation after...