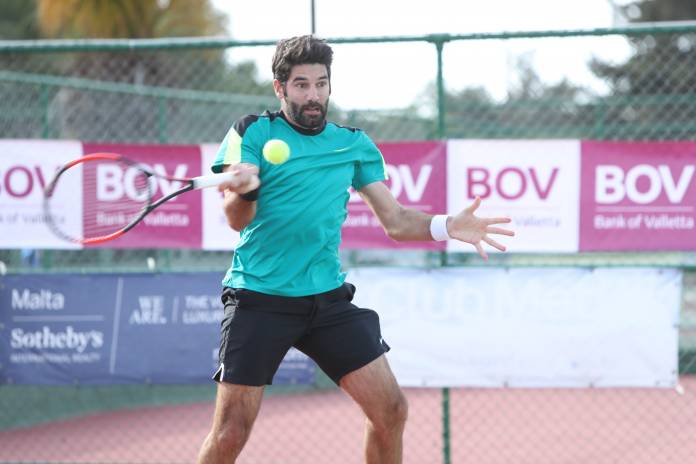 In the group stage, Genovese breezed past Kayleigh Busuttil Fitzpatrick and Betha Anne Mayo without dropping a single game to go through to the final. Emma Montebello beat Amanda Falzon 6-0 6-0 and came from a set down to beat Elisa Buhagiar 2-6 6-3 6-4 to book her berth in the final. Genovese will be looking to retain the title she won in 2016, the last time the ladies’ tournament was held.

Matthew Asciak will face Liam Delicata on Saturday 12th December at 1.00pm in the first semi-final. This will be followed by Alex Degabriele vs Matthew Cassar Torreggiani to determine the finalists.

The finals will be played on Sunday 13th December, with the Ladies’ Top 6 final at 2.00pm followed by the Men’s Masters Final. The tournaments are organised by the Malta Tennis Federation and hosted by the Marsa Sports Club. Bank of Valletta is the sponsor of the tournament.