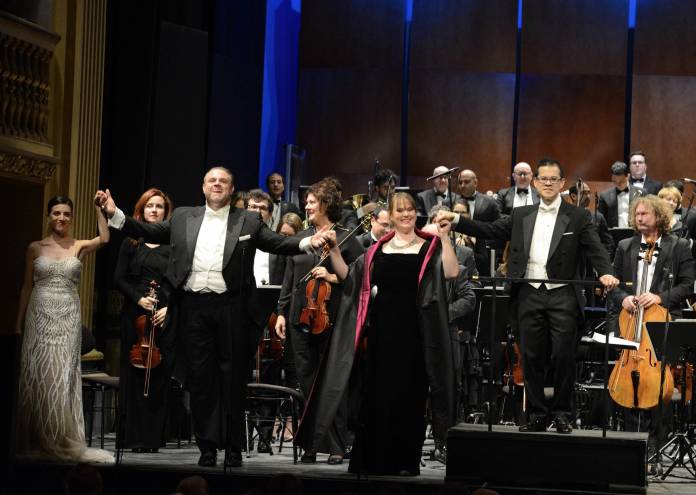 The BOV Joseph Calleja Foundation – which supports gifted youths and vulnerable children – is proud to announce it has so far raised almost €1 million as it marks its sixth anniversary this year with a fundraising Christmas concert featuring an outstanding line-up.

Several foundation scholars have made exceptional progress thanks to the Foundation’s moral and financial support. Twenty-year-old Gozitan baritone Charles Buttigieg is in his second year at the prestigious Curtis Institute in the US – which adopts a scholarship-only admission policy – while mezzo soprano Marvic Monreal has been engaged by the Royal Opera House in London.

Fourteen new scholars, who have shown promise in a range of music, dance and other disciplines, were taken on by the Foundation this year and are pursuing their studies at various institutions in Europe and the US.

Several will be showcasing their talents during a festive concert at the Manoel Theatre on the 15th December along with established artists including tenor Joseph Calleja, Australian soprano Jessica Pratt, Italian baritone Vittorio Vitelli, the Balanas sisters from Latvia and Romanian mezzo soprano Ramona Zaharia together with the Malta Philharmonic Orchestra under the baton of David Chan, leader of the Metropolitan Opera in New York.

Joseph Calleja said, “It is truly humbling to learn we have raised this staggering sum in such a short period of time. I pay tribute to the Foundation board who work incredibly hard without ever receiving anything in return and of course our wonderful patrons for their support.”

“What have truly fantastic talent in Malta and our mission is to help these young people achieve their potential in a very tough industry. We have a very special night in store and I can’t wait to see the Foundation scholars perform.”

Once again, the Manoel Theatre, MPO and all the artists will be providing facilities and their services on a pro bono basis to ensure every cent raised from the concert goes to the people who need it most.

Under its Vulnerable Child Initiative, the Foundation supports the Paolo Freire Institute (PFI) in Zejtun which works with a number of vulnerable children in the community. It is also involved with a programme run by the Helen O’Grady Academy in conjunction with the Department of Education aimed at enabling a number of immigrant children from 27 countries to integrate into mainstream schooling and with Maltese children.

The BOV Joseph Calleja Fundraising Concert 2019 will be held at the Manoel Theatre in Valletta on Sunday, December 15 at 7.00 pm, followed by a reception at the Casino Maltese. Tickets for the Concert may be reserved through the Manoel Theatre’s online booking portal.

Those attending the concert will have the opportunity to attend for the post-concert reception where they will be able to meet Joseph Calleja and the other guest artists.