Three individuals spent the night at the Police lock-up in Floriana after being arrested over a shooting in Bormla, the police said on Thursday.

The report was filed on Wednesday at 9pm when the police were alerted to an argument involving a shooting on Triq id-Dejqa.

Four in custody after shooting incident in Bormla 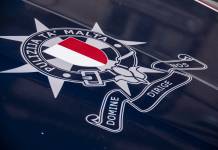 District Police and officers from the Rapid Intervention Unit were immediately deployed on site. The argument happened between four individuals living on the same street.

Two brothers aged 24 and 20 alleged that a 55-year-old man shot in their direction and that his son, 26, was also involved in the argument.

During the raid, the police found a hunting rifle at the 55-year-old man’s house which was probably used during the argument. Ammunition was also found in the street after a shot was fired.

The police also seized cannabis from the brothers’ residence.

At this stage, the police are investigating the cause of the argument.

The two brothers and the 55-year-old man remain arrested.