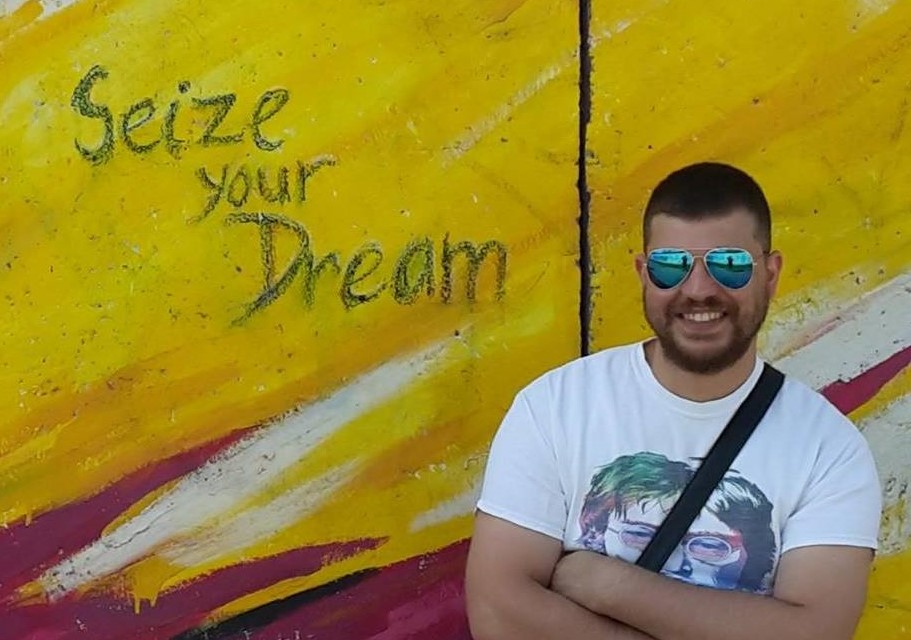 All those who can appreciate a night of literature in good company are invited to Kirsten Spiteri’s book reading and signing session which will be held on Tuesday 10th September 2019 at Il-Gazin, Vilhena Band Club.

What promises to be a memorable evening will kick-off with readings from Kirsten’s first two novels ‘The Wave’ and ‘Far From Home’.

Following that, Faraxa’s founder Joanne Micallef will introduce Spiteri who will read an excerpt from his latest published book ‘In the Land of Marigolds’. The night will end with book signings and guests will have the opportunity to meet this talented author and learn more about his writing journey.

Kirsten has quickly and very successfully stolen the hearts of plenty of local and foreign book lovers all over the world. Since early years at primary school, Spiteri has experimented with many forms of writing like poems, scripts for short films, and letters which were eventually published by local newspapers. At age 12, he submitted his first-ever work of literature about the extinction of dinosaurs, to a monthly school magazine named Sagħtar, and it was published. He is forever grateful for his teachers who have supported and encouraged him during this writing journey.

Spiteri is currently working on his fifth novel, which will also be his first in Maltese. He says, “Children should choose books that make them daydream and imagine – this is why I believe that fiction novels are so ideal for young teens. Also, for those children or young adults who love writing and storytelling, I encourage them to continue to write and dream – publishing your creation is extremely rewarding.”

To celebrate the launch of ‘In the Land of Marigolds’ Faraxa Publishing is giving Newsbook.com.mt readers 10 percent off any of their favourite Faraxa titles. Visit www.faraxabooks.com and add coupon code ‘NEWSBOOK’ at check-out. Free delivery (Maltese islands) is also included.

‘In the Land of Marigolds’ is available in paperback and was published during Summer 2019 by Faraxa Publishing.

Watch: “Reading and imagination are superpowers”

Cultivating a love for reading in our children

Jesmond Saliba   August 3, 2020
The White House and Donald Trump's campaign on Sunday sought to shut down the Republican president's musings on delaying the 2020 vote, saying there will be an election on Nov. 3.

John Paul Cordina   August 2, 2020
Through its LIFE Arċipelagu Garnija project, which seeks to secure the Maltese islands for the vulnerable Yelkouan Shearwater, BirdLife Malta has published a set of guidelines seeking to bring about ecologically-responsible lighting in the Maltese islands.

John Paul Cordina   August 2, 2020
Two men were spared jail after they pleaded guilty to the possession of an unlicensed gun.