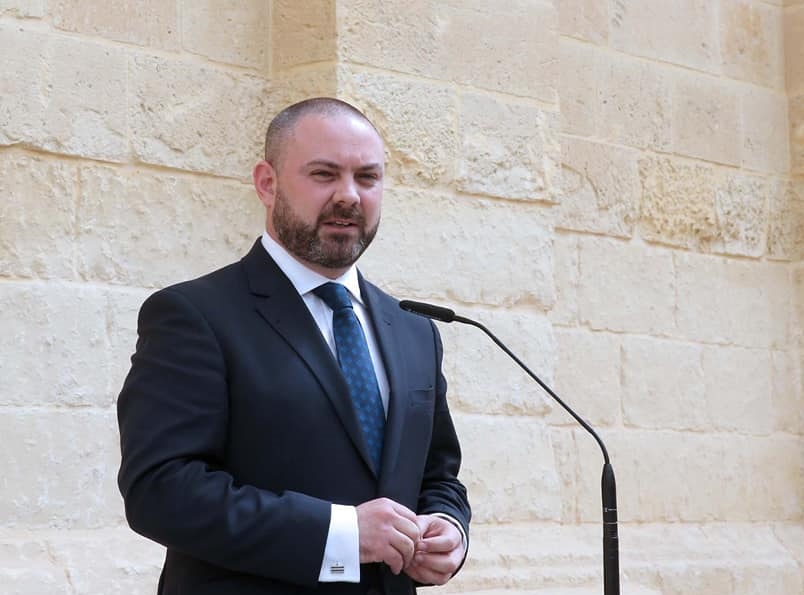 Justice Minister Owen Bonnici appealed to the Special Committee on Financial Crimes, Tax Evasion and Tax Avoidance (TAX3) to not allow institutions to “be caught in the political cross-fire”, urging responsibility. He also said that Malta’s reputation as being a tax haven, or of not adequately investigating financial crimes is unfounded, adding the criticism that MEPs who call for meetings with inquiring magistrates on cases still underway “is simply not on.”

This while meeting members of the Committee this evening at the European Parliament in Strasbourg.

The meeting was followed by a public hearing with Reuters journalist Stephen Grey, who is working on the Daphne Project and helped to identify the owner of 17 Black, and Matthew Caruana Galizia, journalist and founder of the ICIJ Data and Research Unit, and son of assassinated journalist Daphne Caruana Galizia.

The Minister said that the situation isn’t as bad as it seems in Malta saying that the country “is being accused of being practically indifferent to money laundering” adding that “this is not the case”.

Bonnici spoke of an integrated strategy on money-laundering and financing of terrorism to be implemented over the next 3 years after being adopted by the authorities in 2018. Measures already in place, according to the Minister, are the setting up of a National Coordinating Committee on the issue; an adoption of guidance on politically exposed persons by the Malta Financial Services Authority (MFSA), and the Asset Recovery Bureau Chaired by a former Constitutional Court Judge.

It was said that the budget for investigations related to financial crime has “quadrupled”, with Bonnici adding that the real problem is finding local experts in the filed to work on it full-time. Meanwhile, statistics show that Suspicious Transaction Reports filed with the Financial Intelligence and Analysis Unit (FIAU) increased from 202 in 2014 to 1679 in 2018. Meanwhile, the FIAU sent 45 reports to the Police in 2018, this compared to 27 in 2014.

Turning to the selling of passports, Bonnici said that the Government was “pleased” to note that the European Commission recognised the “economic benefits of investment migration”. When it comes to security risks involved, the Minister said that “the Maltese Government disagrees with the report’s statement that investor citizenship is granted under less stringent conditions than under ordinary naturalisation rights,” insisting that Malta’s situation is actually “the inverse”.

He also mentioned the fact that physical presence of the applicants is needed in Malta, and that in terms of transparency, it is the only country to publish the names of new citizens. It was also said that Malta “adheres closely to the EU’s” Anti Money Laundering regulations, and that the programmes “do not offer any tax benefits”.

When it comes to Malta being a tax haven, Bonnici said that “this is not correct at all” appealing to the Committee to “consider the facts objectively”. It was said that Malta’s tax system “is being brought in line with the OECD BEPS standards”, and with the EU’s directives including the Anti-Tax Avoidance Directives 1 and 2.

“The impression which is given that Malta does not investigate tax evasion is also particularly uninformed,” said Minister Bonnici. He cited that Swiss Leaks was investigated “resulting in a total tax revenue of €12.5 million.” Between 700 and 1400 investigations are carried out by the Compliance and Investigations Directorate every year, he explained.

“All cases of individuals, companies and trusts involved in the Panama Papers leaks (a total of 237) are subject to tax investigations,” said the Minister. Here he reiterated his opening which pointed out that current investigations “cannot be confirmed or denied by the public institutions”.

Speaking of the Government’s “reformist agenda”, Bonnici listed reforms being done within the judiciary including to promote specialisation of courts, use of mediation, enhancing administrative autonomy, and training for members of the judiciary. Constitutional reform meanwhile is also an ongoing process according to the Minister who pointed out that this is not only due to the Venice Commission’s Opinion which he once again insisted the Maltese Government asked for.