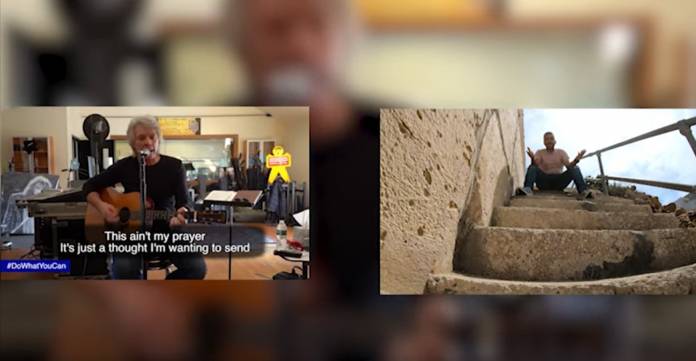 Singer Jon Bon Jovi recently issued a challenge for musicians to sing their own version of a song called ‘Do What You Can’, inspired by stories of perseverance during the coronavirus pandemic.

He received over 6,000 submissions in the first two days from fans on the band’s social media networks. Maltese musicians Glenn Sacco and Keith Rollin were among those who had their video chosen.

“Me and my ex-band member wrote a piece with Bon Jovi, as was requested by him in his page due to the coronavirus crisis. I wrote the guitar solo and Keith wrote the lyrics about Malta, and it was chosen and uploaded on his page,” Sacco told Newsbook.com.mt.

The video features Jon Bon Jovi on guitar while the Maltese musicians sing and play guitar in their video, which is also interspersed with footage of Malta.

Bon Jovi is no stranger to Malta; he was here in 2000 while filming war film U-571, directed by Jonathan Mostow, and also starring Matthew McConaughey, Bill Paxton and Harvey Keitel. The film was shot using the water tanks at the the film studios in Kalkara.