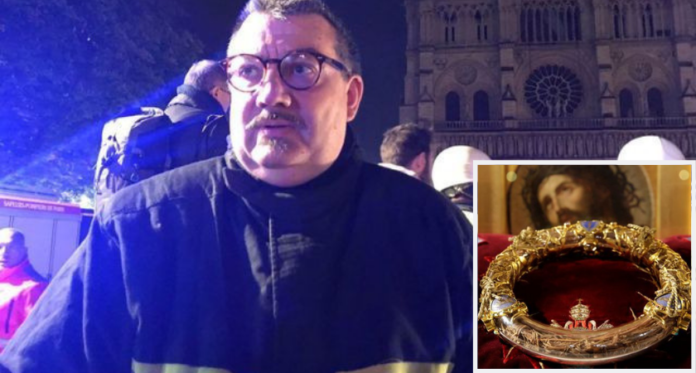 Jean-Marc Fournier the chaplain of the Paris Fire Brigade has been hailed as the ultimate hero following his bold move to enter the burning Notre Dame cathedral on Monday to save the Crown of Thorns relic that dates back from the 13th century.

In 2015, he prayed over the dead in the Bataclan massacre at the Eagles of Death Metal concert in Paris that left 90 dead. A veteran of the French armed Forces, in the past he has also survived an ambush whilst on duty in Afghanistan that left 10 dead.

Whilst in the burning cathedral he also managed to rescue the Holy Sacrament. 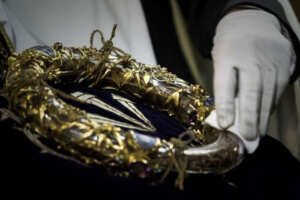 The Crown of Thorns which is purported to have been placed on the head of Jesus Christ during his passion, was brought to Paris in 1238 by King Louis IX after it was given to him by the Roman Emperor of Constantinople Baldwin II during the Crusades. Records chronicling its existence began in the 6th century where it was believed to have been kept in Jerusalem by Christians. The piece which is rarely displayed to the public was stored the cathedral’s treasury. 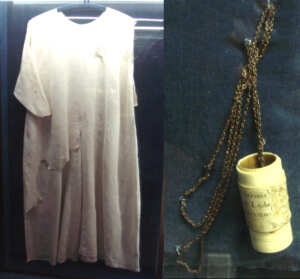 Other relics that were saved from the ravaged cathedral include Saint Louis’ tunic which is said to have belonged to Louis IX who was King of France from 1226 until 1270 and died on crusade in Algeria. He was canonised in 1297.