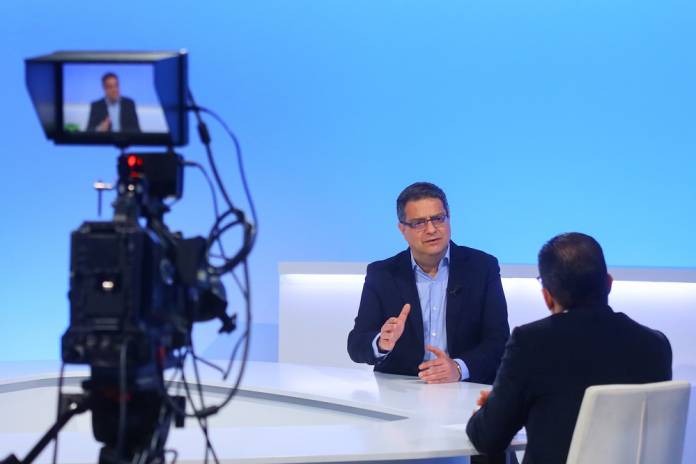 There is no doubt that we are operating in a challenging environment. Recent history has shown us that globalisation has brought a more volatile, uncertain, complex and ambiguous environment. Any leadership position in a company; an opposition party and even more so of a government requires having a right skillset to deal with these complex environment.

Leaders are constantly on test. Their position is not given or a right, but it is more an obligation and a responsibility. Leadership positions are constantly evaluated, and the private sector is an example of how leaders are assessed, kept or dismissed. In a political democracy, one way of assessing good leadership is through the polls and regular opinion surveys can be a benchmark for tracking leadership qualities. To date, data science is so advanced that one does not need to await an election to understand his/her future or his Party’s future in politics. Surveys tend to be exact and statistically robust. Data is a tool to indicate, anticipate, prevent, and redirect any potential upcoming events.

This week we have witnessed yet another implosion at the Nationalist Party. New revelations coupled by a constant dismal showing in trust barometers have brought to the fore the limits of the current leadership. Over the past 3 years, the polls have been consistent in their verdict. This may imply that there are foundational issues within the leadership team which somehow are not functioning and appealing not only to the MPs but the public in general. Some may argue that if the players don’t cooperate then the leadership cannot function properly, but it is up to the leadership to bring the players together. It is also up to the leadership to make sure that they are appealing to the public out there. It is also pertinent to note that the measure of trust needs to be guided by public surveys not by the trust shown by party members. The question one must make is that party members are not representative of society which elects a government but is a closed pool of people that are usually a sub-set of the broader population. Any arguments that are made to attach the vote by party delegates is myopic and unfortunately blinkered.

Evidence-driven studies indicate four broad skills that one needs to have to be a successful opposition leader.

This involves the setting-up of a credible and sustainable policy agenda, backed up by activists, members, parliamentarians, and the electorate. From what I have seen till now, the leadership has not yet presented a policy agenda, and surely it did not gain the support of its parliamentary group, nor the electorate, bar some party members who have only recently launched a policy cluster forum.

The Leader of the Opposition needs to negotiate with party elites and factions and persuade those sceptical of change of its necessity. This aspect of opposition leadership has the wherewithal to erode the leader’s credibility and the party’s electoral appeal, reflecting the old maxim that the electorate will punish divided parties. From what we can see in the media, this is far from what Dr Delia has achieved till now.

Marketing a new approach under the new leadership, and investing in the communication skills of the leader. If there was any sort of marketing investment in this regard, this surely hasn’t worked with the electorate. The failure to make in-roads in the polls despite all that has happened in Malta definitely does not reflect well on communication.

Investing in specific personal qualities is key to any leadership, especially in politics. These qualities include authenticity, honesty, self-confidence and respect to democratic values amongst others. It also requires the humility to accept that any leader is not bigger than the party he or she leads.

We are at a critical juncture. A good democracy and economy require a strong opposition that is always an alternative to the government. Without strong opposition, democracy is quickly eroded. The Nationalist Party is also at a juncture of survival with a schism that has never been so evident and out in the open. Nathan Rothschild, a British banker and financer, had noted that success emerges when cannonballs fall in the harbour, not when violins play in the boardroom. An unpredictable and uncertain environment is an opportunity in itself, but it takes a leader to understand and to read the signs and the writing on the wall that has been visible for the past 2 years.

The country requires a strong democracy. The challenges the world is facing are not small and Malta requires a strong opposition as much as it needs an effective and focused government. Malta deserves both. Decisions for the best interest of all need to be taken and taken fast.