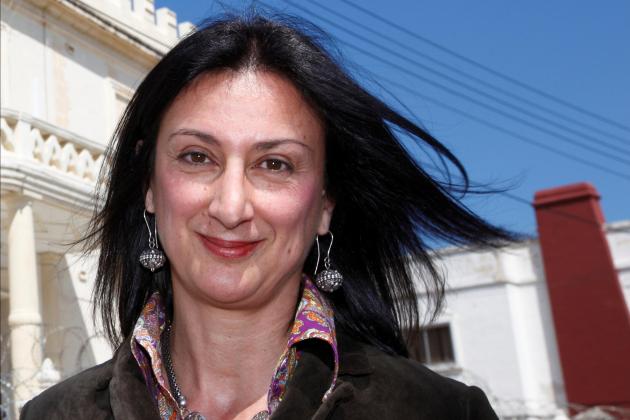 We must ensure that what happened to Daphne Caruana Galizia must never happen again. We will always remember her work, dedication and sacrifice in upholding what are ultimately our European values.#TheVoiceThatLivesOn 🇲🇹

When the news of Daphne’s brutal assassination broke, it broke me. I had greedily consumed her work, I had openly discussed the topics she had raised and had no qualms disagreeing with her when I didn’t like it. I had fangirled for her and thought she had gone too far, sometimes all within the span of a few days. But what I didn’t do was to remember that Daphne was more than just her Running Commentary. Daphne was more than just a journalist, Daphne was a human being. Regardless of whether we may share her opinions or her style of writing, I believe that we must acknowledge a few things, particularly today, on the second anniversary since her life was violently brought to its end.

Firstly, that, no, Daphne wasn’t liked by everyone. She never sought to be, anyway. Daphne was a woman on a mission and nothing disheartened her from her goal, not even our feelings.

Secondly, that it is fine to have disagreed with her and her style of writing. She produced an expansive body of work, work which was beautiful but, at times, brutal and brutally honest. She didn’t write to please. She investigated stories that affected us all, whether we liked it or agreed with it, or not. Her point wasn’t to entertain us or give us what we wanted: her aim was to research those in power and those who helped them. Toes had to stepped on and, sometimes, that was done harder than it should have, but it doesn’t discredit her.

That brings us to our third point: Daphne’s work set a standard for investigative journalism that is hardly ever seen in this country. Daphne, through her sharp mind and vast network of informants who often felt they could only turn to her, became a superwoman in journalism. Just because you didn’t like how she wrote, or the way she depicted some people, doesn’t take that away from her. She still helped the world uncover the Panama Papers, and us all the filth that was (and still is) happening around us, from ministers opening accounts five days after being brought to power to the blatant nepotism that is so corrosive to a democratic state. Whether you like her or not doesn’t change the fact that her stories have been corroborated time and time again. She cemented her status as a journalist through her work and courage, not through public opinion.

Fourthly, Daphne was a human being. She may have made mistakes, she may have taken certain things too far, but to vilify her more harshly than those she exposed for their criminal or improper activities is what led to her assassination two years ago and to impunity about it today. Daphne was harassed, attacked and spat at; Daphne has been stripped of her humanity. Daphne wrote, but her murderers physically detonated bombs to silence her. Today, those who think she ‘deserved it’ physically tear up her pictures, throwing them at her sisters in Republic Street. They still clear up flowers and candles from her memorial. Daphne is not even allowed candles and flowers in her death.

Many keep talking about how Daphne is a hero to some and a villain to others, but very few ever talk about how Daphne is deemed unworthy of being treated as a human being by those who, quite unsuccessfully, seek to erase her completely from collective memory. When they do so they forget one thing: that when we deny dignity to someone, it says more about us than it does about them. And that is why we should all fight for justice for Daphne: no human being, popular or not, should be murdered in cold blood in a democratic society. No human being, of your political persuasion or otherwise, should be murdered for being supposedly inconvenient. No human being should be murdered without the killer being brought to justice, no matter how difficult or, yet again, inconvenient, that may be. Justice for Daphne isn’t just personal: it’s justice for us all.

Coryse Borg   January 27, 2020
Set-up in 1989, CAP-Sounds is a music production and publishing agency in the heart of Germany which has always supported Maltese artists; ever since 1996 when Miriam Christine represented Malta at the Eurovision Song Contest.

Amy Borg   January 29, 2020
A group of environmental activists and ENGOs maintained that a cluster of protected almond trees which should have been carefully been transplanted from the Central Link site have been destroyed.

Monique Agius   January 28, 2020
During the meeting Metsola and Casa told Abela to "walk the talk and take action on the never-ending list of corruption cases that took place under Joseph Muscat’s administration".