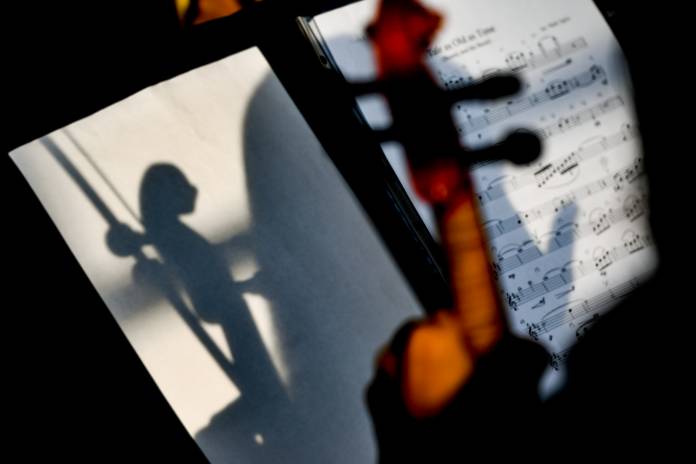 Social distancing has been the leitmotif of these past turbulent weeks. A tiny entity, which, while tuning its dissonant melody, has wreaked havoc on the harmony in social and personal relationships. Grandparents were not allowed to be visited by their loved ones during the Easter festivities, let alone to embrace each other.

Music is considered as a universal language. It is understood by all and everybody. Music creates bridges. Music unites. Recently, we have been witnessing people encapsulated in their homes and estranged from one another, coming out on their balconies and expressing their feelings through song, dance, banging of utensils… Even DJs organized themselves on balconies in order to recreate relationships.

Usually artists are said to express their true self in their work. This holds not only for painters, architects, sculptors… but also for musicians. Hence, music reveals and amplifies one’s identity.

If music does not convey and propose valid messages, it will lose its call to be an instrument which enhances relationships, solidarity and well-being.

If words in lyrics, if melodies in sound, if tunes from instruments, become, ever more, a reflection of the human search for the truth that lies hidden in every human being, the truth which dilutes itself in the love that creates true relationships, then we can hope for a better future, a healthier one.

Music will, or has to, be rediscovered as a friend to our children, and especially to our youths, but not exclusively, because even our grandparents need to feel appreciated and cared for, and not left alone. Music will become a universal instrument accepted by all, to serve humanity in its most fundamental craving for true relationships.

The English rock and roll band, Tremeloes’ ‘Silence is golden’, should not remain only a song which vested decades in harmony, but also a universal lesson especially to the new generations who, perhaps, instead of vocal ability, harmony, melody, ability to play an instrument, prefer loud noise and void voices to music. Whereas, as the saying goes, even a fool who keeps silent is considered wise. Silence does not mean only to be speechless but also to be attentive, and to listen.

The American romantic musical, ‘The sound of music’, which has been a celebrity during the aftermath of World War II, and onwards up to this very day, indicates exactly the value of music and how valuable musicians are in creating sound and healthy relationships.

If we want music to be an antidote for solitude today, can it not serve as healer of relationships tomorrow? A massive national orchestral concert, after this trauma is over, would perhaps wipe away from our memory the scar which this invisible but effective virus has inflicted on our relationships.

The recent and much appreciated initiative, “Malta together”, on our national social media, which Health Superintendent professor Charmaine Gauci labelled as “An inspiration for our nation”, cannot but confirm that a grand national concert in the future, which we are proposing, is far from impossible. The social distancing will thus have been beneficial not only in eradicating the harmful virus from amongst us, but also in letting let loose our creative spirit. Thus, we ought to present, live on stage, the coming together of musicians, creating harmony, symbolizing our hopes for a better future.

Monique Agius   November 24, 2020
Two former footballers as well as lawyer Arthur Azzopardi and Gordon Debono are among those arrested in relation to anti-smuggling operation by the police, Newsbook.com.mt has independently confirmed.