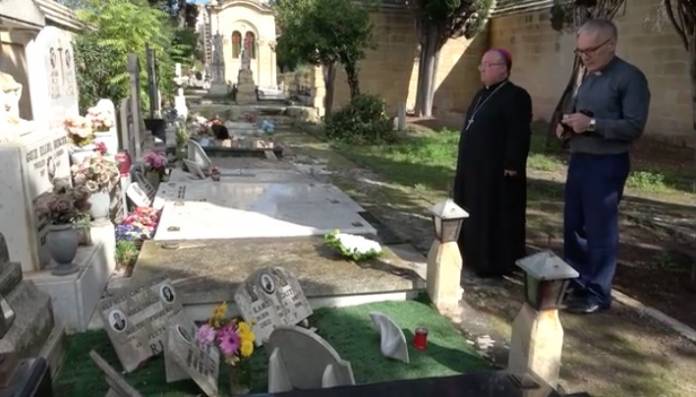 Maltese people love to boast about their country’s millennia of history but one thing we seem to have collectively ‘forgotten’ and held on to in equal amounts is our recent and very divisive history. From the Church making it a mortal sin to read Labour newspapers to the assassinations of Karen Grech and Raymond Caruana, through to people being arrested for attending mass meetings and the then-Leader of the Opposition’s wife and children being beaten, we have not had it pretty or easy.

Most of our families had to take sides and while we all have our theories about what was justified and what wasn’t, the truth is a simple one: many people suffered and some more than we care to admit. That’s why, while it may have come out of the blue, the Archbishop’s decision to bless the graves of those who had been interdicted in the 1960s is one of the most important in living memory.

This is because, for the first time in a long time, the recent past, the days when Malta was on the brink of civil war, weren’t brought up as propaganda or to glorify one party or another, but to actually help heal the divide. Indeed, through this one simple yet powerful act, the Archbishop has laid the first stone in a rebuilding exercise that should have begun in the late 1980s.

Yet, as is often the case in many of these situations, the decisions taken then merely served to cement the divide. People who should have been brought to justice weren’t; others were allowed to keep their loot, and many politicians who were part of the problem remained in power for far too long. The truth is that many of the problems we face today, be it our inability to bring corrupt politicians to justice, the bi-partisan tribal politics, and the ineffectiveness of many of our institutions, go back to the 80s and the decisions taken in their immediate aftermath.

Last Saturday, however, something shifted and it was all thanks to a key player who has been steadfast and unwavering in his determination to shake things up and do things right: Archbishop Charles Scicluna. For that, we all owe him our thanks.