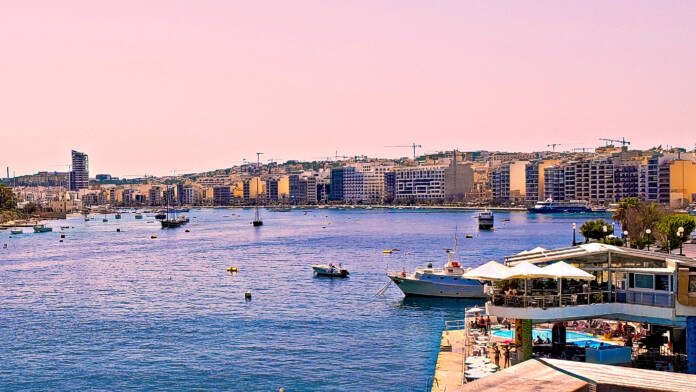 Malta is known for many things, including: food, location, history, and the weather. These past couple of days have been above 30 degrees Celsius (roughly 85-86 degrees Fahrenheit), with beautiful blue skies and sunshine. The Mediterranean Sea looks incredibly inviting, especially when that 30 degrees turns into somewhere around 40 in direct sunlight. As much as I love this weather, I have to prepare myself to face summer in Malta. 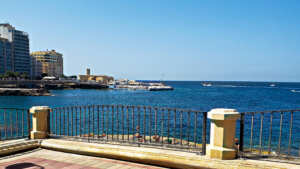 It’s easy to talk about all of the normal things we do to get ourselves ready to take on the summer weather, such as “make sure to wear sunglasses and a hat” and “apply and re-apply sunblock so you don’t get burned”. But there are a couple of other things to think about as well! For example, most businesses (including government offices) have what are called “Summer Hours” that started on the first of June. Malta is an old country, and some of the buildings still do not have air conditioning installed in them. While some businesses are open later, others are open only during the morning. I am learning to adjust my schedule, but I have to know… Is this something that happens all over Europe? In the United States, there is such an emphasis on “living to work” and it seems like everything revolves around one’s job. Here, however, one works to live. Work is still important, but guess what? It is possible to balance your work life, home life, and social life! This blows my mind.

The other thing that happens for the summer is that most, if not all, of the items in the pantry get moved into the fridge. This pertains mostly to items like flour, pasta, grains, honey, etc. There is a higher likelihood that insects and other critters will get into the pantry, so removing any traces of easily-accessible food helps prevent those invaders. It does seem strange to put the rice and honey in the fridge, but better safe than sorry! After moving things over, I realized that it’s actually an easy adjustment to make. It also allows me to see exactly what I have so I don’t get more than I need from the store. 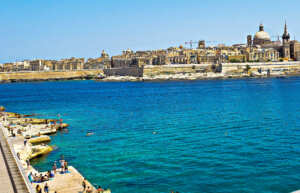 Swimming is a must over the summer. There are some sandy beaches, but also a lot of rocky ones. If you are not used to the rough terrain, water shoes are super helpful. They will keep your feet from getting beaten up. The water is a beautiful respite from the heat, and there are many access points to get in. Malta makes it even easier to go swimming by putting up ladders in some of the less-accessible areas. I believe these ladders go up at the beginning of the summer season and are taken down as soon as students return to school. Since Malta has a longer season (end of May/beginning of June through September!), the ladders are already up and people are going swimming!

Back after my next adventure!