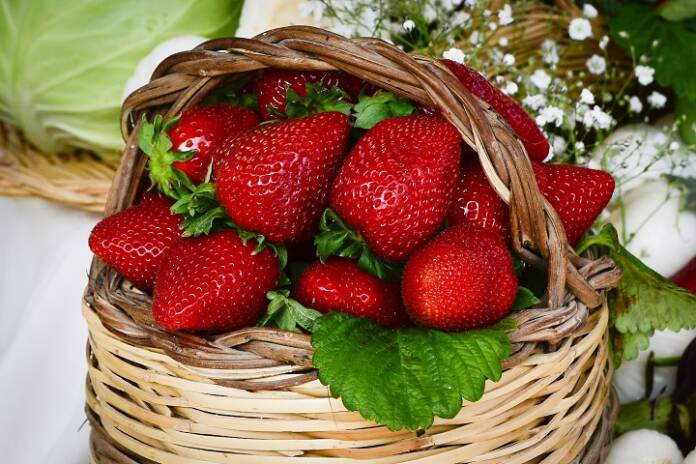 Ready for an adventure? Here’s what I’ve been up to!

I went to…drumroll please… Festa Frawli! Taking place on Sunday, April 28 in Imġarr was the 13th annual Strawberry Festival. It was a perfect day for this event; blue skies and sunshine balanced with a lovely cool breeze. Many different vendors set up stalls with their wares, complementing the abundance of strawberry goods.

Walking into this event, I was expecting mostly farmers selling their strawberries (which I was totally prepared for, I’ll have you know, with reusable bags to carry everything home). What I found was so much more! People were selling strawberries, baked goods, candles, preserves, and drinks. There was music, displays, and games. I even got an education on how strawberries used to be harvested. Everything about today celebrated this delicious, succulent fruit.

I had the pleasure of speaking with a man named Mario Vassallo, and learned about the strawberry’s history in Malta.

The strawberry has been in Malta since the 1500’s. The indigenous species was only about the size of a caper, and very sweet. New varieties came much later. These were bigger, and became more popular due to their size. They also yielded a higher amount in a shorter growing time, which made them cost-effective.

The Maltese strawberries were harvested using a dried out Long Marrow (squash). The marrows became very soft on the inside when they dried, which kept the strawberries from becoming bruised. After harvesting, they went into prepared baskets.

Farmers used handmade baskets to collect these tiny strawberries. It usually took all morning to fill one. These baskets were woven together using black and white cane (bamboo). Each farmer wove his baskets with a unique pattern, so he knew which ones were his at the market. Mario described this as a sort of early “barcode” system. Before they could use the baskets, however, they had to prepare them. To do this, the baskets were soaked in water until the sides became soft. Then, fig leaves were placed on the bottom to provide extra cushioning for the strawberries. Once a basket was filled, cane leaves covered the top so nothing fell out. Finally, the basket was secured with ties.

Strawberry baskets were taken to market underneath the carts. They were laid down, horizontally, in a hammock so the swinging motion of the cart did not damage the strawberries. Every part of the production was natural – even the packaging! The only unfortunate part about all of this is that the Maltese strawberry is extinct. There are no seeds left, but people still search for them.

I left the Strawberry Festival with a greater appreciation for one of my favourite fruits, and the work that goes into making them available for everyone to enjoy. I also left with two big containers of strawberries and a strawberry sponge cake.

Oh! Before I sign off, let me share another fun fact I learned. Apparently, the Order of St. John used Maltese strawberries to make ice cream and sorbets. How, you ask? Well, they imported the ice from Mount Etna in Sicily! The ice was also supplied to the hospital, but it’s fun to know it was used to make tasty treats.

Back after my next adventure!