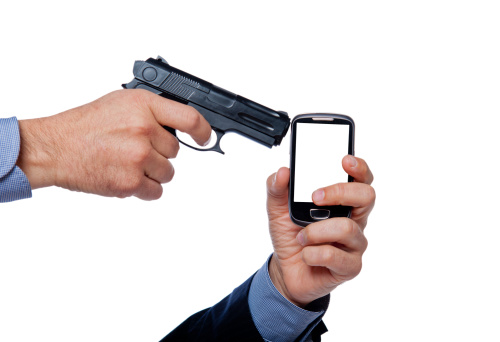 Please join me in observing a moment’s silence in memory of my composure, which I laid to rest two Sundays ago at exactly 5:15pm.

It was a Sunday like any other; I woke up late, had a large-ish brunch, and got back into bed to watch documentaries about serial killers and wallow in the fact that the next day would be yet another Monday. Then, at around 2pm, my phone lights up. Someone was calling me.

It was a number I didn’t have saved, so I decided to ignore it, only for curiosity and anxiety to get the better of me just a few moments later. ‘Should I call back?’, I pondered. ‘No,’ I decided.

So I first asked my friends if they had the number saved, then I went through my emails and messages, and, when even that didn’t yield any results, I saved the number to check their profile picture on WhatsApp. Whoever it was didn’t have it installed.

The plot had thickened, but not enough for me to call back: ‘If it’s urgent, they’ll call again’ is a mantra I can’t seem to let go of. Yet, lo and behold, when they did call again at 5:15pm, it was not important at all.

“Hello?” I answered, already a bit ticked off by the fact that my once-a-week-staring-at-the-ceiling-session had been interrupted – not once, but twice.

“Hi, I’m calling from the office of [MEP’s name]. We’d like to invite you to a party taking place next week.”

I know the poor woman on the other side of the line had not signed up for a rant, but I went on one which ended with a ‘and he can also forget my vote.’ [He wasn’t getting it in the first place, so it wasn’t very difficult to say.]

Then the guilt set in, as it usually does when I lose it. Yet, this time, I realised something: Why should I take people’s rudeness in my stride? Why shouldn’t I be able to scroll through my Instagram feed on a Sunday afternoon without it being interrupted for some ridiculous reason like an MEP’s upcoming party?

It seriously baffles me how some people can’t seem to understand that calling hours are 9am-12.30pm and 4-7pm Monday to Friday, unless they’re a friend, it’s an emergency, or it has been pre-arranged. Anything else is rude.