A fourth consecutive day when the number of new cases went down. The analysis of the 2-day moving average time series now gives a much more optimistic forecast of 38 for tomorrow with a prediction interval which is still wide but now ranges from 23 to 52. The epicurve also shows a clear downward trend. 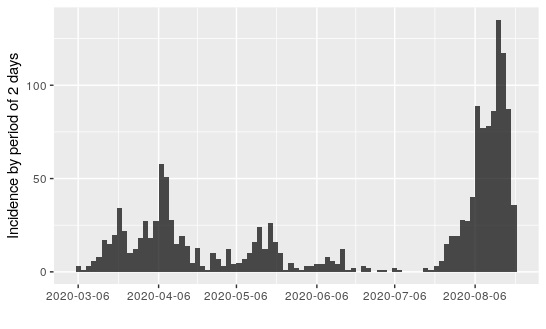 This is all good news, but we must not lower our guard. As we can see from the epicurve, the previous spike occurred after three consecutive low periods, as we have now, so these phenomena have a tendency to go up and down. And when we had 38 new cases in one day during the first wave it was still considered to be a high number. 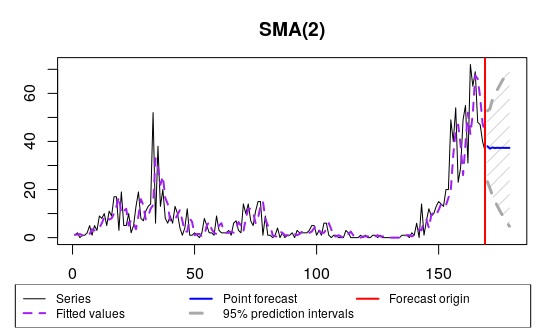 However, some observations on an optimistic note: although the Covid virus sometimes seems like an invincible enemy, we are seeing here that even simple measures without the need of a complete lockdown can have a noticeable effect on the number of new cases; these last three lows on the epicurve, unlike the ones followed by a spike, exhibit a clear downwards trend; and, from 38 new cases on 9 April it took us eighty days to go down to the long stretch of days with only one or zero new cases. If we can repeat this performance we could be in a strong position to deal with the possible onslaught from the seasonal flu this autumn.