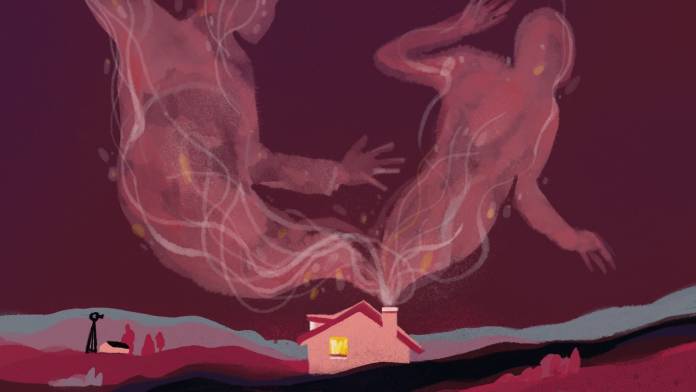 Patrick is nowadays 60 years old and he called YMCA’s Loneliness Response Line to open up about his experience with domestic violence. Patrick suffered in silence, believing that domestic violence would only be taken seriously if the victim is a woman.

I was rarely allowed to go anywhere on my own except to work. Even during those instances, she would call me constantly throughout the day to check on me. I tried to break up with her when all of this started, but she kept telling me that she would overdose on medication if I left her.  Sometimes she threatened to call the police to accuse me of sexually abusing her, this I swear was never the case.

I kept believing that things would get better! Kept on telling myself that maybe this was the only way she was capable of showing me, love.  I proposed to marry her after three years into the relationship to show her how much I wished the relationship to work out. However, unfortunately, things got worse when we got married. I was shocked the first time that she was physically aggressive to me. I thought it was a one-time incident, but the situation got even worse when our daughter was born.  She started going out for long stretches of time almost every day, leaving me at home with our child and returning in drunk- at times on the following day.  As days passed by, the frequency of her arguing and her aggressive behaviour increased.

Being unemployed she had to depend on me for financial needs, and her requests grew so much that I had to find a part-time job in order to be able to provide food for Tessa, our daughter since she didn’t even bother to buy necessities for our daughter. I started to hide the money I earned from my part-time job to safeguard our livelihood.  Yet, despite all of my efforts, I ended up accused of betraying her, of spending a lot of time away from work and away from the family. She suspected I was cheating on her.

I learned to find excuses for all the bruising on my body.  Everyone believed me and no one asked why my bruises were present all year round.  I succumbed to the false belief that this was part of love and I was desperate to make our relationship work out, this led me to forgive her every time.

One time she came in drunk and she started hitting me. We were both arrested as I couldn’t hide our problems from our neighbours and they called the police.  Although the police realised I was not the one under the effect of alcohol I was kept at the police station. They had to wait for her to sober up and after she was questioned, we were let go.  Despite my bleeding no one asked about it. I forgave her out of my love towards her.

Witnessing her mother shouting, physical aggression, alcohol problems – Tessa at 17 years old- left the household. I do not blame her for that. She had the courage to walk out when I remained there in silence.

I never found the strength to stop the abuse – and Tessa held it against me. She almost felt a kind of hatred which once she expressed in a very direct way by telling me that I remained passive and didn’t do enough to protect her. I just cried and hugged her while telling her that she was right- I was afraid, maybe I should say terrified to take action.

Today I have a good relationship with my daughter. Listening to my daughter telling me how much she suffered in silence broke my heart.

When I tried to open up with others I was laughed at. Only women get hit! How can a man carry bruises suffered from his wife? This was my 40-year relationship with my wife until she died due to alcohol-related health conditions.

Patrick agreed to share his story to empower those men out there suffering in silence to speak up and seek support.  To those who have or are passing through similar experiences, Patrick wishes to tell that speaking out about domestic violence does not make them less than a man.

YMCA’s Loneliness Response Line was launched on the 23rd March 2020 as a COVID-19 response. Do not hesitate to call one of our volunteers on 99928625. You may visit the YMCA Malta website for more information about their services and if you wish to help you may send a blank message on 50619212 for a donation of €11.65.