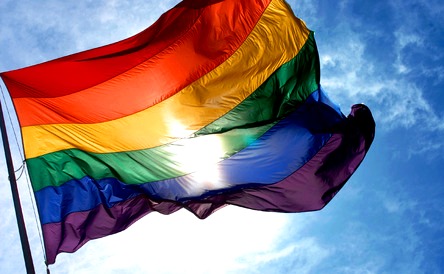 I’m sure you’ve all read, or at least heard of, the now-infamous opinion piece by a priest which appeared in a newspaper yesterday. Well, I’m not going into the merits of the article: in my books, anyone who gives weight to what US evangelicals say loses their point (and that’s not to mention all the other questionable points raised).

Instead, I will say this:

As a gay man growing up in a Catholic country, things were not made easier, but harder. Being taught and told that the only ‘natural’ way is for men to be with women and vice versa, and that any other combination would result in sin, and that sin would result in ending up in hell, does not do much to help us come to terms with and accept who we are.

But things become even harder when you become mature enough to realise that you have a choice. No, not the choice to be gay or straight, but the choice of whether you are going to live a lie in fear of retribution, or whether you are going to be true to yourself and face the music. And the music isn’t always a playlist made up of Donna Summer and Lady Gaga hits. Sometimes it’s being shunned by your family, being kicked out of the family home, being abandoned by friends, missing out on job opportunities, and even ending up with a higher degree of self-hate.

While, legally, things have changed for the LGBTIQ+ community over the past few years, it takes a long time for society to catch up. And who knows if it ever will? Just because there has been progress, doesn’t mean that it will continue to be so. Just a reminder that homosexuality is a criminal offense in 72 countries (some of them very close to us geographically) and it is punishable by death in eleven. Fifteen countries, meanwhile, have made it a criminal act for transgender people to express themselves as such. Laws change all the time and if you take what you have for granted, it may one day be taken away from you without you even realising. And that is a very scary reality to live in.

Yet that is part of the deal that comes with coming out as LGBTIQ+. One is not gay, or lesbian, or bisexual, or transgender in a vacuum: with the ‘acceptance’ of one’s sexual orientation or gender identity comes a history of persecution, injustice, stereotypes and fighting for rights. We carry that around wherever we go, and it shapes us as much as it shapes public opinion about us.

In the end, people have a right to have opinions about us in the same way that we have opinions about them. But opinions also come with responsibility. It’s a gross injustice to say that who we are is not natural when we never had a choice to be otherwise (and believe you me, I know many who have tried). It’s unfair to downplay what we feel as a possible ‘involuntary feeling’ when we feel it, and often struggle with it, so ardently. And, to be quite frank, it’s really weird how some people are so obsessed with who we sleep with and go as far as to link it to the degeneration of families and societies when the last time I checked, the vast majority of families were composed of heterosexual persons.

But I guess it’s nice to have a scapegoat instead of taking a long, hard look in the mirror and understanding that maybe it’s not the gays who are ruining families, societies and the world, but rather those who do not take their marriage vows seriously, those who do not raise their children to be decent and empathetic human beings, and those who would rather see people like me pretend to be something we’re not.

Compassion, empathy and acceptance are among the virtues on which a just society is based. This is what we need to focus on.