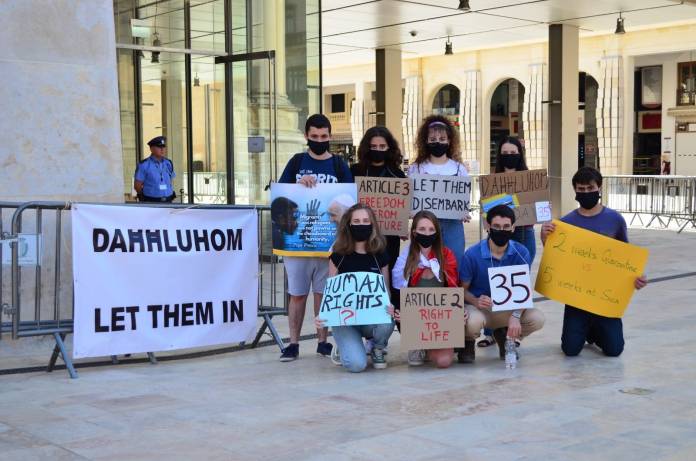 This past week has not been a pretty one for the evaluation of the Maltese people’s character.

As so many race-related issues came to the fore, many were those who took to social media to spur hate and venom at others simply because of the colour of their skin, their country of origin, their activism and even their gender.

Comments such as ‘gas them like Hitler did with the Jews’ were thrown at the #Blacklivesmatter protestors who peacefully sat down in front of Parliament to make their point. Others, to the tune of ‘rape the girls’ and ‘beat the boys’ were posted in relation to the activists who had been campaigning for asylum seekers to be allowed onto our shores, as is their human right; a right even the country acknowledges seeing as Malta acceded to the 1951 convention relating to the Status of Refugees and its 1967 protocol, while also enacting the Refugees Act in 2002. 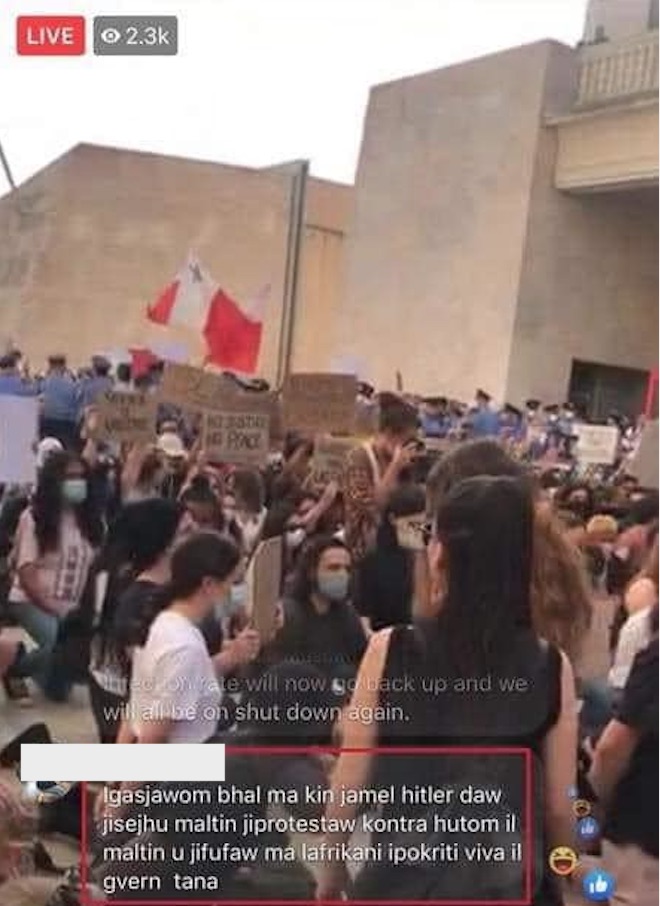 Even workmen asking for their due payment for works carried out at the Fortina according to plan elicited some comments like ‘Aren’t they used to going hungry in their country?’, ‘Why does everyone want to leech off of this little island?’, and the ridiculous ‘Make us a lamb doner with couscous and coleslaw.’

While there were many people who didn’t stoop to this level, it is beyond me how some feel so comfortable posting such comments and openly displaying lack of compassion and understanding… Not to mention that some of this is blatant racism that is embarrassing, unacceptable and even downright illegal in most civilised countries (America doesn’t count at this point, clearly).

When George Floyd was being suffocated under the knee of a police officer for using a counterfeit $20 note in a Minneapolis shop, he called out for his mother: “Momma. Momma, I’m through,” he said.

And so, how is it so difficult to extend some form of compassion on to others and others’ children? Why is it so difficult to treat activists in the same way we would hope others treated our children, siblings, or even ourselves? Why can’t we put ourselves in the shoes of someone who has not been paid for five months when so many of us live paycheque to paycheque? How can we be appalled that there are people tearing down statues of slave traders who probably trafficked their ancestors, when so many of our own countrymen were exploited and treated like ‘brown’ dirt in the countries they emigrated to in the hopes of earning a pittance through manual labour in the not so distant past?

Amy Borg   January 26, 2021
The Commissioner found that the publication of the press release represented a breach of ethics on the part of Minister Silvio Schembri, given that ministers are obliged to respect the political impartiality of the public service.