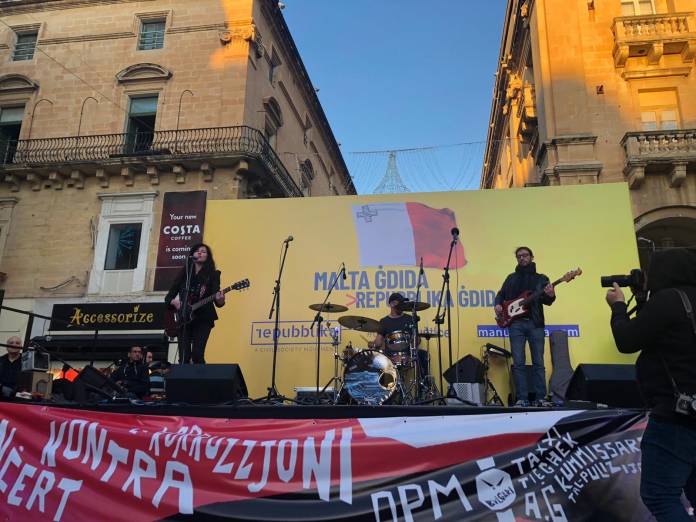 There are many secrets about Ram Tumuluri and Vitals. This crook has swindled us Maltese citizens out of millions of euros over the past four years. We are still giving away over a fifty million euros a year, this time through the American company, Steward.

There have been many questions about the mysterious set-up at Vitals. Despite the curiosity and the investigation of many, no one has yet managed to discover who is the Ultimate Beneficiary Owner of this company is.

Maybe, one can get nearer to the solution if one investigates in Montenegro rather than in Malta. In 2017 Daphne Caruana Galizia had revealed that “Vitals [was] to sign 30-year hospital contract identical to Malta’s in corrupt Montenegro”.

Last Month, the Shift News revealed that “Konrad Mizzi flew to Montenegro eight times in a period of two years”. It has linked his trips to “dirty” energy and health projects in the country.

Then, Jason Azzopardi has recently revealed in parliament that, through the use of the Ministerial and personal credit cards, he has got to know that every time Konrad Mizzi visited the capital of Montenegro, Podgorica, he always also went to Budva, around 60km away, and one time he even went to Tivat.

Buda is known for its quaint historical old town and for being the capital of “gambling tourism” in Montenegro. Tivat, instead, is renowned for being a luxury vacation resort and a marina for luxury yachts, called Porto Montenegro. Tivat airport is 12km away from Budva.

Did Konrad Mizzi go to Tivat and Budva on official government business or did he go there to appreciate the culture, the gambling or the luxury yachts?

It seems we will not know because, for some mysterious reason, Minister Michael Farrugia is refusing to publish the official meetings of Konrad Mizzi in all of his Montenegro trips.

The solution to Konrad’s mysterious visits to Budva and Tivat might find its explanation in the 2016 article published by Ana Komatina in the Montenegran newspaper Vijesti.

Amongst other things, she writes that the Vitals project in Montenegro was planned in three phases: “The first, which should start next year, includes, among other things, new medical equipment and staff training. During the second phase, they would build new health centers in Budva and Tivat, a new regional hospital in Kotor and a general hospital in Herceg Novi, as well as a new clinical center” (translation from Serbian).

Budva and Tivat were the first hospitals planned to be built by Vitals in Montenegro.

Could this explain Konrad Mizzi’s interest in visiting these towns?

Once the Maltese government is refusing to publicize Mizzi’s official programme of visits, could it be that Konrad Mizzi had a vested interest in visiting these towns because he is one of the Ultimate Beneficial owners of Vitals?

This investigation should be one of the first priorities of the newly appointed Police Commissioner.

Coryse Borg   June 1, 2020
The completion of the restoration on three statues in Qrendi with a history dating back almost 400 years marks the start of a project which will see Qrendi form part of a new religious tourism route.

Maria Webb   June 1, 2020
The Qawra Primary School is expected to be finished this year.

Reuters   May 31, 2020
On Sunday, the Chinese city of Tianjin confirmed one asymptomatic person, a passenger arriving from Frankfurt on a chartered Lufthansa flight, LH342, to Tianjin. This case was discovered between midnight and 6 a.m. local time on Sunday, the city's daily statements show.