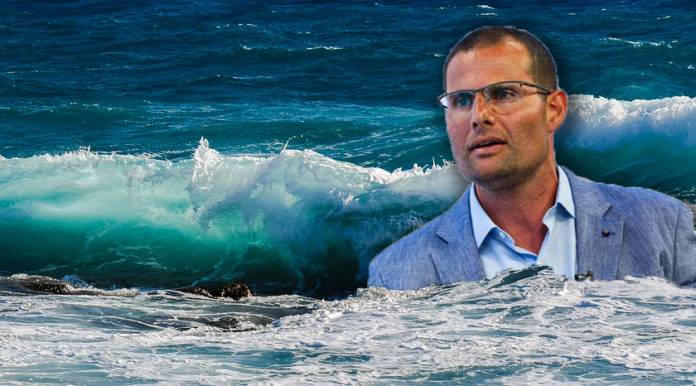 As the well-known saying goes, if you can’t handle the heat, get out of the kitchen.

I don’t think there’s a better figure of speech to place before our prime minister, who seems to think that it’s a good idea to go to Sicily, not once but twice, in the span of a few days as the numbers of COVID-19 contagions surge, our doctors strike, health workers’ pay is allegedly not going through, the tourism industry crumbles, and the end of the Wage Supplements looms ever closer.

Things are not going well, and it doesn’t take a genius to see that our supposedly strong economy is heading towards a precipice at breakneck speed.

No, you don’t need a PhD in economics, or indeed many years’ experience in politics, to know that a prime minister’s one and only job is to guide the nation, something which Robert Abela is, some argue, not exactly excelling at.

Robert Abela should be working round the clock to try to mitigate the effects of the pandemic, not only on our economy but on our health and the education of the next generation, because, realistically, how can schools safely reopen in this mess?

The problem, however, is that under Robert Abela’s leadership, this government has tried to do away with the pandemic. They told us we had won, and rode on the illusion that it was thanks to dwindling numbers. Indeed, while some of us hoped for a better future, our politicians were clamouring looking to ‘reopen’ and ‘go back to normal’.

How different would things be right now if they had introduced mandatory testing for each and every arrival at the airport? Or if they hadn’t allowed mass events to take place? Or if they pushed for internal tourism and limited the number of countries tourists could come in from?

Those in government need to realise that their job is not to please everyone; it’s to keep everyone safe and to safeguard their livelihoods. But they didn’t do that and now their mistakes are seeing us, the taxpayers, paying companies for their useless marketing on mass events (among other examples) instead of helping our fellow compatriots whose jobs are at stake because of the same directives.

The government seriously needs to pull its socks up and come up with a plan, not only because of COVID but because things in Malta aren’t going well at all.

Do remember that the pandemic hasn’t cancelled everything else: Moneyval’s downgrading still looms over our economy, we still need to figure out how we’re going to save our environment from total destruction, the corrupt politicians who have been mentioned in court during the Daphne Caruana Galizia proceedings are still at large, people’s quality of life is still going down, the crime rate is making some people nervous, and so on and so forth.

And instead of people getting up in arms about all the flak the prime minister is getting, they should realise that he was the first one to go on a podium and state that he had won the war on COVID when it was just the first battle… But the war, the real war, the one where sense and sensibility should prevail, rages on.