An experience at the European Parliament is always interesting. Living as we do in a country which thinks that its belly button is the focus of the universe, it is always refreshing to meet like minded individuals who think wryly, “Yes, alright, perhaps not”. This is now to be Helena Dalli’s reality, as it has been for her predecessors. The question is, how will she fare in an ambience which is radically different from the frequently myopic Maltese political milieu. Here, the bigger picture really counts. Let me delve a little into this.

Inevitably during the hearing, the issue of the Panama Papers came up. This is not the place for seeking tame journalists or for demonising MEPs. On the other hand, if her ‘spies’ (lots for all potentates around in the Spinelli corridors) did her justice, Dalli would have known that known that the issue of corruption and the rule of law were firmly on the agenda. So, most likely, she would have been prepared for the question. Hence the trite answer: “I would have done things differently” she replied. Which really begs the question: why did she not? Hers was a voice in the mute chorus behind Joseph Muscat, Konrad Mizzi and Keith Schembri. She could have done a solo. She did not. So, while the Maltese media feels relieved that it can say that, look, she’s not like the rest, the corridors in Brussels are singing another tune. One MEP in a group, remarked “On a vu celui-là venir” (She saw that one coming), indicating that these MEPs, were, to say the least, cynical about the response. Further, this was the most basic, de minimis response Dalli could have given. This de minimis approach was also evident throughout the hearing. While not going so far as to say “I’ll get back to you on that one”, a phrase which went down very badly with MEPs in the Ferreira hearing, Dalli was pretty pithy with her proposals. As pithy as she was on what she would have done differently on the Panama issue.  As all good bureaucrats say when they do not want to say much: Noted.

Like a spectre that cannot rest, Daphne and the rule of law were a tangible undercurrent in the charged atmosphere of the hemicycle during the hearing. Calling the assassination, a femicide, just a few sentences after you had spoken of female victims of domestic violence was not a good move. A femicide is a murder of a person because that person is a woman. This was a murder because Daphne was getting close to the money. The fact that she was murdered was clear proof, if any more was needed, that she was on the right track in the corruption trail. She was killed because, like a bloodhound, she got too close. So, not femicide. And the Greek MEP pounced immediately asking that Dalli respects the intelligence of the MEPs. In the repeated pronouncements of the journalist’s name, you could hear the MEPs brains ticking: She’s praising Daphne, yes, but why does she not stop those people sweeping her memorial daily? Good question, had it been put.

And another thing. Using the term femicide knowing full well it was not the case could have called in question her competence in the field. Such a trivial, throw-away remark, that, had the MEPs been disposed to do a Hungary or a Romania on her, would have sealed her fate. They were not. They have other, bigger, fish to fry at the moment. 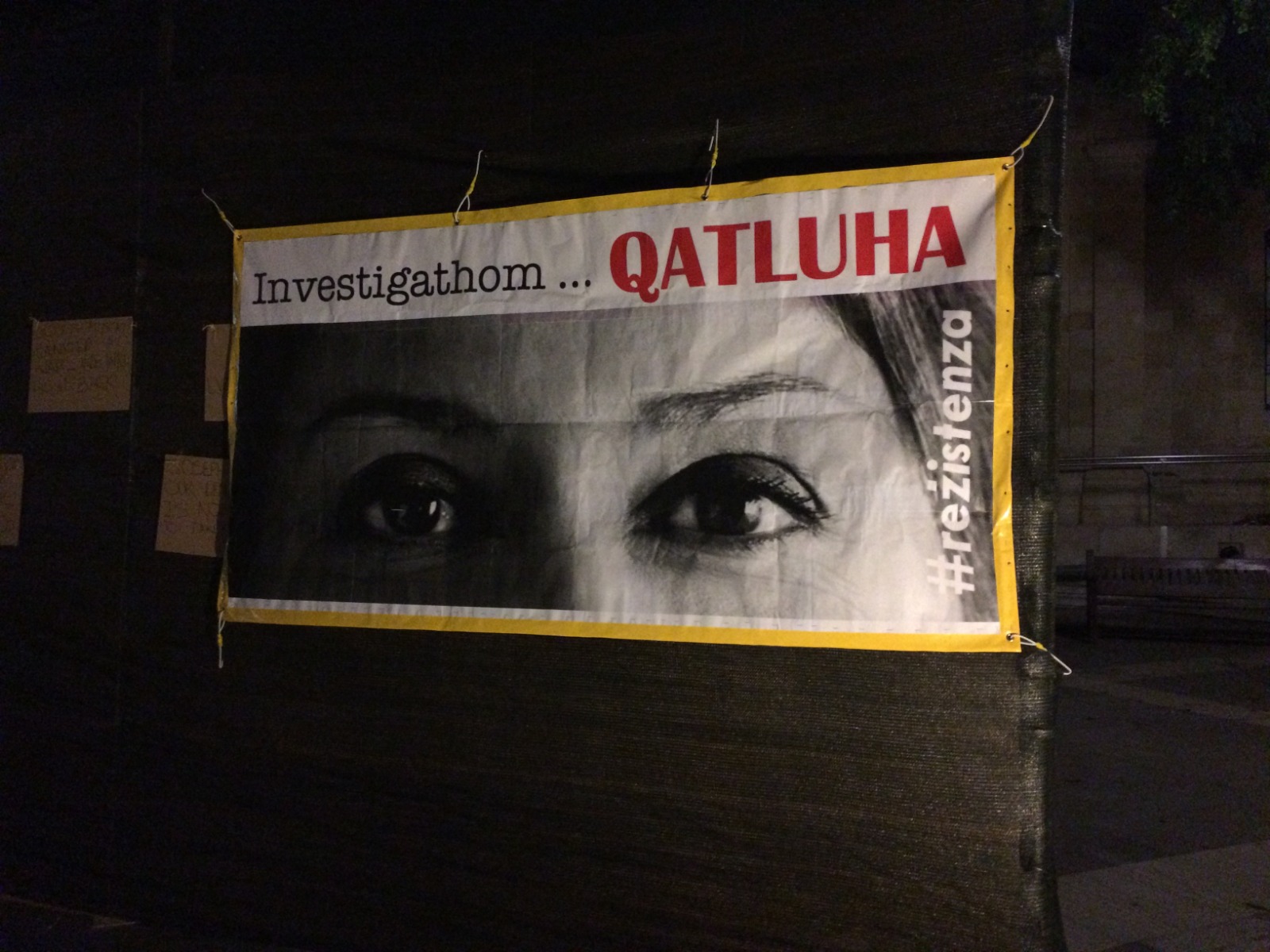 Of Sharks and minnows

During the hearing, I could not help recalling the Santian national deprecation likening out country, admittedly tiny, to whiting (makku). Well, let’s be a bit poetic here and use some licence: minnows sounds better than whiting so let’s just use that. I mean after all we are trading sharks for minnows in Brussels. Speaking to various movers and shakers in those drearily identical corridors, one swiftly realises that the colour absent from the walls is very present in the often byzantine politics and horse trading carried out in the European fora.

Let me explain my thinking here.

So far, all our Commissioners have been political heavyweights, most on first name basis with the world’s major players. This has been reflected in the Commissions with which Malta has been entrusted. Karmenu Vella, like Joe Borg was entrusted with, among other things, a portfolio which is deceptively simple: fisheries. Because in Malta this sector is not a major one, we tend to downplay its significance. This is a heavyweight portfolio which carries strong clout in the EU. Vella, besides doing a credible job in the portfolio itself, was also instrumental in using that clout on behalf of the government that nominated him. Observers in the EU scene note that the EU stopped short of taking more drastic action on the issue of rule of law in Malta due to the good offices of our guy in Brussels. 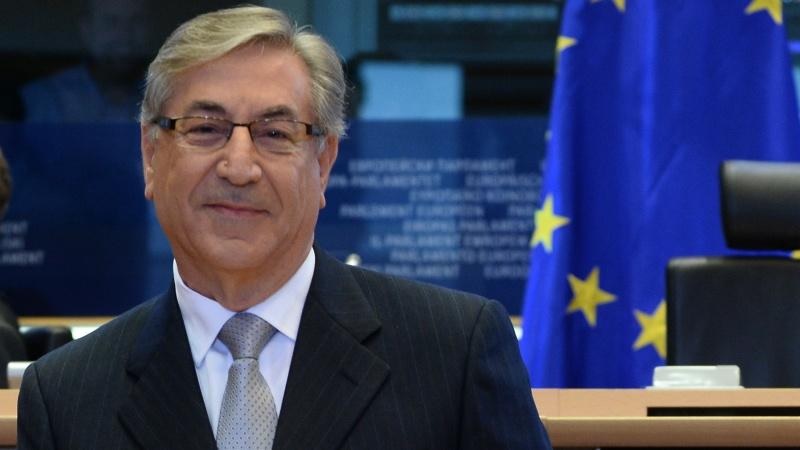 But the sands are now shifting. Note the recent tectonic move by Joseph Muscat on the Daphne Inquiry. Since when does the Prime Minister who has obdurately stood by colleagues and friends with embarrassing Panama accounts and forays into brothels, cave in to a mere demand by the Council of Europe? The answer probably lies in the luggages being packed in Brussels. With Vella and his considerable clout and respect now leaving the halls of power, Muscat knows that in Dalli he has no similar back up. The game has changed, so must the strategy and it be now time for Muscat to be more conciliatory to Europe and less of a hardman. The Daphne echoes in the chamber were, most likely, the overture to a tougher stance on Malta than has hitherto been taken. The post-hearing remarks that Dalli seemed to have gotten off lightly are most likely a misreading of the situation in that the EU is playing a long game. People in Brussels are into mutual political backscratching. That is a reality. But they also have long memories and they do hold on to pay-back time.  I can almost hear a twisted echo of that comedy: Honey, I shrunk the kids( read: country).

The Muscat administrations came to power riding high on a wave of regulatory discontent. Without minimising the ineptitudes and mistakes of the previous governments, Muscat promised and delivered a liberation from, among other things, ‘EU regulations. Vide, for example, the ever-shrinking access to environmental information. He must be realising that the surf is now falling and that the surfboard, if not the wave, may be taken away from him. One of the reasons why he may want out.

But then, that is food for another verbal meal.

Reuters   February 24, 2020
Johnson was awarded a Presidential Medal of Freedom by former President Barack Obama in 2015 and in 2016 he cited her in his State of the Union Address as an example of America's spirit of discovery.

Amy Borg   February 25, 2020
The Superintendence of Public Health announced that the press briefing will be held at St Luke’s Hospital this afternoon at 4:30 pm.