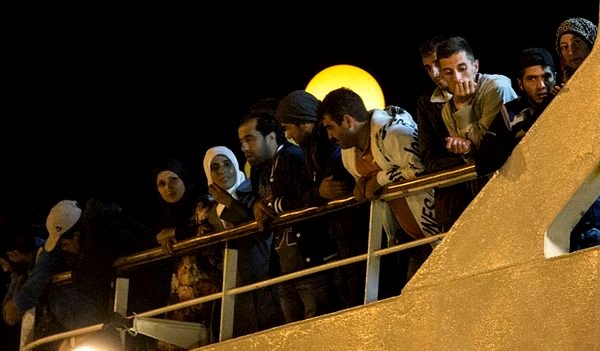 Like so many things in this country, be it divorce, abortion or politics, immigration is tackled in a senseless way that continuously beats about the bush without ever addressing the elephant in the room. Indeed, the biggest problem we face when it comes to immigration is not numbers or lawlessness, though they are both issues that need to be addressed, but the locals’ fear of Sub-Saharan peoples.

Malta, as the Prime Minister rightly said earlier this week, has always been multi-cultural. It had to be. Routinely colonised and bang in the middle of the Mediterranean, serving as a bridge between Europe, Africa, and the Middle East, our ports and seaside towns must have been teeming with people from all over the place. Yet in the few years between the British leaving for good and our entry into the EU, we forgot this entirely.

Whenever I think of this, I always remember my grandmother, who, when I was some 13 years old, spotted a black man for the first time, took a step back and said, “I thought black people only existed in films!” Hilarious, but no wonder she was terrified.

The truth is that today’s fear is irrational: today’s xenophobia is nonsensical and today’s attitude to peoples of different ethnicities and religions is nothing but self-serving ignorance. So many people continue to comment that they want their ‘country back’, yet these are the same people who shop at international chains rather than small shops, speak in broken English or equally ungrammatical Maltese, choose to live in apartments rather than traditional Maltese townhouses. They hail the uglification of Malta without so much as a thought spared for what is being lost and they give standing ovations to politicians caught with secret accounts in Panama. What do I mean by this? Simple. Malta is being ‘lost’ because the Maltese aren’t actively trying to protect it and not because the foreigners or, in this case, the so-called ‘illegal immigrants’ are doing so. The lawlessness, the loss of identity, the ghettoisation: they are happening under our watch, not because of pressure from others.

But there are other forces at play here. Developers who use these immigrants to do hard, manual jobs for little to no money; politicians who turn immigrants into bait and scapegoats, and white (or, at any rate, beige) supremacists who are genuinely hateful and would like nothing more than to lynch someone and get away with it scot-free.

So, please, stop the madness and the hate comments. Stop fearing people who would want nothing less than to interact with you. Treat every person with dignity, and pray that, if the time ever comes for us to flee this rock on a boat, we will be treated with more respect than we have treated our unfortunate guests.

Jesmond Saliba   August 5, 2020
Efforts to unite forces behind one candidate to counter Dr Adrian Delia’s re-election bid in the forthcoming PN Leadership election are underway, even though these talks weren’t conclusive.