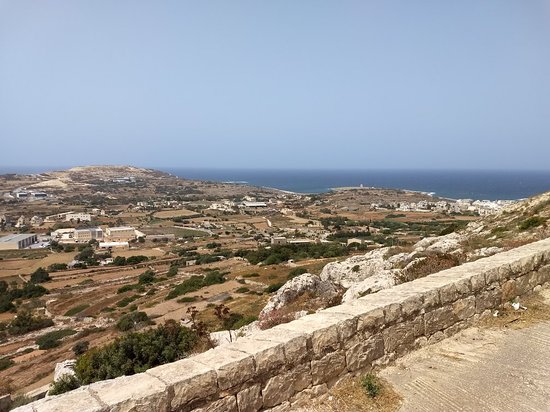 I’m not sure if the following statement makes me a pessimist or an optimist but things, thankfully, aren’t as bad as they could be.

I mean, yes, there is a pandemic going round, we can’t hug our family and friends, we are limited to where we can go, and we have Mario Philip Azzopardi’s misogynistic remarks towards Roberta Metsola to grapple with. But, on the flip side, Malta has so far managed to contain the disease with very few casualties, many of us have a roof over our heads, we have Internet, and, more importantly, we still have food reaching our shores.

The last point has almost nothing to do with us, however: Malta doesn’t really have the prerogative to stop food shipments to its own shores because that would mean absolute starvation for its people. In that sense, we are completely dependent on other countries and the state of affairs there.

Of course, the chances that Malta could ever be fully sustainable are practically nonexistent. Even during the Second World War, when we had a lot more arable land and fewer people to feed, we were still at the mercy of convoys for our food and supplies. There’s very little that can be done there: we’re small, we’re overpopulated, we barely have any resources, and, when push comes to shove, we are an island and therefore isolated.

But what is in our control is protecting the few invaluable resources we have at our disposal – and that doesn’t just mean curbing the continual destruction of agricultural land and the natural environment, but also understanding how our attitudes towards farmers and farming, in general, may be putting us at risk in the long run.

“Malta imports far more than it produces, and that includes everything from flour to fruit, and preserves to vegetables,” says lecturer Jeanette Borg, who founded the Malta Youth in Agriculture Foundation. “This food comes mainly from Italy, but also from Spain, Tunisia and other African countries… On a day-to-day basis, this doesn’t make much of a difference bar the fact that we have a higher carbon footprint but, in case of an emergency, we may actually be left stranded and starving.”

This, of course, isn’t limited to us alone. During World War II, the UK government resurrected the Ministry of Food, which worked on ensuring the country didn’t starve by implementing and overseeing rationing, as well as asking people to use any piece of land available (their gardens, the village green, and so on) to grow their vegetables and rear livestock.

Whether the UK could recreate that scenario today I do not know, but can you imagine it happening in Malta, where our gardens and open spaces are paved, tiled and cemented? Where large swathes of ODZ land are given over to petrol stations and new buildings? And where, most worryingly for this issue, being a farmer is not only not respected but almost discouraged? I mean, is it really any surprise that The Agriculture and Fisheries Report of 2014 showed that 93% of Maltese farmers in 2013 were doing it part-time when their already tough work is rewarded by the disdainful treatment that, in some cases, includes taking away their land?

“We are treating those who have the knowledge to grow food, rear livestock and so on – i.e. our farmers – in a way that is totally inconceivable considering how important their knowhow is,” Jeanette herself adds.

It’s typical of Malta, really… We seem to idolise those who destroy everything and accrue wealth for themselves, while we totally undervalue those whose roles are essential, like teachers, health workers and, yes, farmers.

Thankfully, in the current circumstances, chances that cargo ships carrying food are completely stopped is probably zero to none, but, until a few months ago, the idea that the whole aviation industry would grind to a halt would have seemed farfetched… And, well, there are already reports that the US might suffer food shortages in the near future as production lines slow down due to workers falling ill.

After all, you know, the world is clearly much more fragile than it looks.