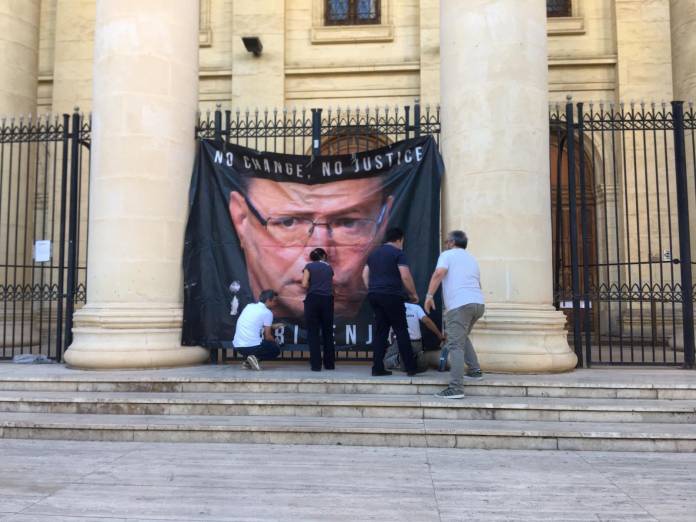 For example, as Malta pretends that the Coronavirus pandemic is over, the authorities continue to send out mixed messages:

I mean, I know we keep saying that these are ‘unprecedented times,’ but when the people who are meant to be leading the country can’t even agree on something this basic, it really does make you wonder if it has become a case of just reopen the economy and leave everyone to their own devices no matter the consequences.

Also, what is the point of rolling out new measures if you’re going to bulldoze them within a week or a couple of days? And why did you release guidelines to businesses, costing them THOUSANDS of euros to implement, if the pandemic is over? Was this just a gimmick to make people feel secure even though they are not? And how are people not at risk of getting COVID-19 from a wedding or a festa but are suddenly susceptible at the hairdresser’s, at the office or at a restaurant?

These inconsistencies have become characteristic of the way Malta does politics, and what is truly shocking is that no one takes any sort of responsibility for it all. I genuinely wonder, in fact, whether anyone will take responsibility for the above if things start getting out of hand once, you know, the airport reopens and everyone’s going through life as if no pandemic ever happened.

See, that’s another characteristic of Maltese politics: revel and amplify the praise when something goes right, but become defensive when things go wrong, even if your ill-fated choices were so obviously worrying from the get-go.

Take Home Affairs Minister Byron Camilleri as another example. This is what he said yesterday: “I appointed [ex-Police Commissioner] Lawrence Cutajar as consultant based on what I knew about him then.”

What does he mean? What was it in Lawrence Cutajar’s behaviour and handling of past issues that didn’t set alarm bells ringing in Camilleri’s head? I mean, doesn’t everyone and their mother remember when Cutajar went for a fenkata as documents were being taken out of Pilatus Bank hours after Daphne Caruana Galizia reported scandal after scandal? Hasn’t Cutajar been absolutely useless in seeing that the police bring politicians to justice even after they were mentioned, under oath, in court, as being involved in the assassination of a journalist?

I can’t say I thought that Cutajar would be mentioned in the context that he was – tipping off alleged murderers about their own arrest – but neither can I say that I’m surprised that there is an investigation into how Cutajar conducted himself while he was Police Commissioner.

And so, is it so crazy to think that what politicians are saying in the majority of issues makes no sense? Honestly, if all this were so obvious, and Camilleri still thought Cutajar would make a good consultant, then doesn’t that choice mean that Camilleri is, at the very least, not fit for the job?

I could go on and on and on with examples, but this is all becoming extremely tiring. This country needs politicians with backbone, politicians who truly care about the office they have been entrusted, and politicians who don’t treat us like we’re dumb and blind.

We also need politicians who don’t make us question whether we’re sane or not as they change their stances while pretending yesterday never happened, because it has truly become an insufferable situation.