After seven consecutive days when the number of daily new cases was steadily decreasing, these last two days are a disappointment. But the phenomenon is following known patterns, as can be seen from the epicurve (which splits up the days into consecutive 2-day periods and records the totals): peaks following each other often separated by a trough of two or three periods. The model from the time series forecasts a number of 45, with a prediction interval between 30 and 60, so the numbers still give hope that this peak will be lower than the previous one and that the general trend is towards a decline in numbers. 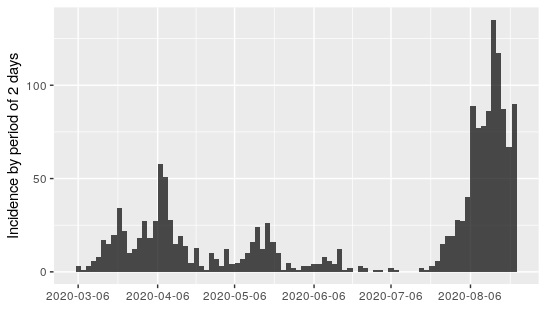 But this decline can be, and probably will be, slow. Contingency plans catering a wide range of scenarios have to be made very clear to all stakeholders. For example,  one crucial decision which is looming upon us is,  when and how should we open schools and University? 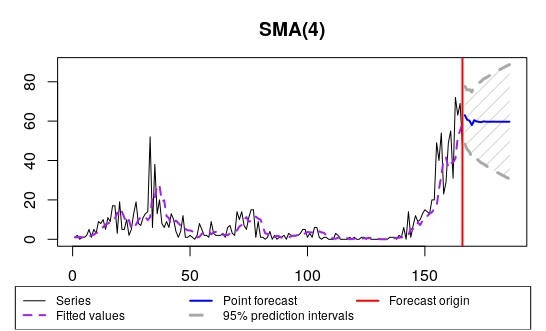 Even if the numbers overall are very low, two or three infected teachers or pupils in one school might force closing down that school and reverting it to online teaching. Surely, and for several reasons, that will have an impact on the functioning of other schools.  And if, at University, a class of one hundred students, coming from different faculties, registers two or three cases, and its lessons have to revert to online, what will happen to other classes followed by these students?

These numbers with their ups and downs are not only showing us, on the one hand, that adequate measures can still stem the tide without the need for panic or over-reaction, but they are also showing that nothing should be taken for granted and that planning for worst-case scenarios is not fear-mongering but a necessity.