Ambassador Michael Zammit Tabona is a Labour Party sponsor and donor. He has been so since Alfred Sant’s time. He has been amply rewarded for his PL loyalty by Joseph Muscat since 2013.

First, his Fortina Hotel obtained the release of certain contractual clauses related to the acquisition of public land on the Tigné Seafront and will now gain millions from the Fortina development.

Second, Zammit Tabona’s cooperative was awarded by Transport Malta the exclusive rights to the jetties in Ċirkewwa, the Blue Lagoon and Santa Marija Bay.

Third: Zammit Tabona’s company won the tender for the Gozo fast ferries (this is now stalled in court).

Fourth: next Tuesday Zammit Tabona’s company will be “gifted” a jetty and the use of land and seas for his boats at Balluta Bay, to the detriment of all residents and swimmers there, apart from all the environmental damage caused.

Fifth: he was appointed Malta’s Ambassador to Finland.

A couple of days ago H. E. the Ambassador gave proof of his ambassadorial skills. He wrote the Facebook post here attached. 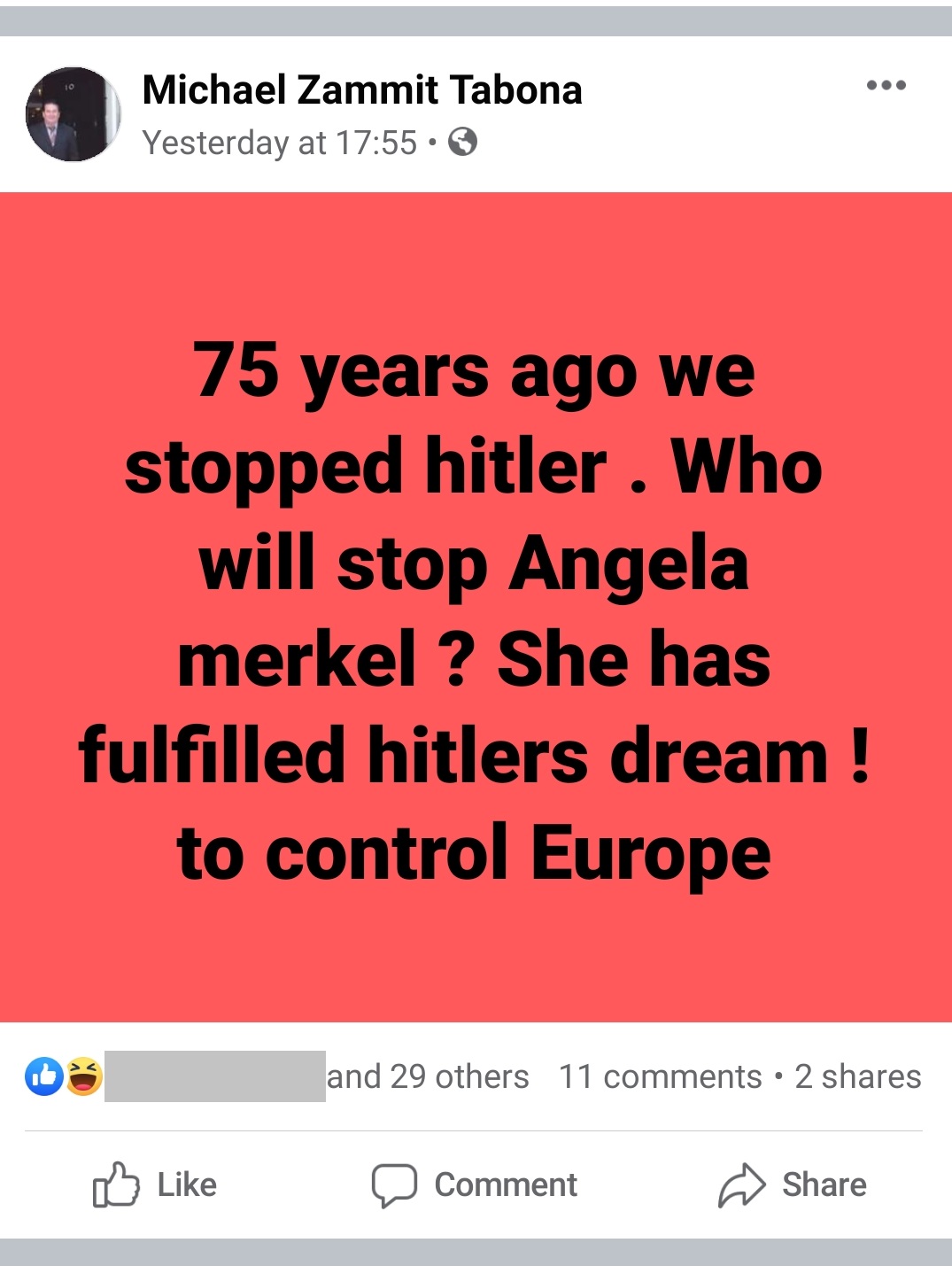 Now, You might not agree with Merkel’s politics, but comparing her to Hitler is a bit rich. Not even the pirate Captain Morgan would act this way. Let alone a supposed diplomat. Talking about Captain Morgan, the Ambassador has had his boats chartered by the government to lodge migrants on board outside Malta’s territorial waters. TVM reported that a Spokesperson for the Office of the Prime Minister said that Government will continue insisting for funding for the rental of the Captain Morgan boats housing migrants as a show of effective solidarity by the EU. Malta Today reported that the reported cost for one boat is some €10,000 a day. So is it 20,000 for two,  a day?

But our esteemed ambassador has written that he does not want any dirty European money coming from Merkel’s Germany.

I believe Zammit Tabona has dragged our country into an unfathomable diplomatic mess.

Monique Agius   December 4, 2020
A family in Adelaide Hills returned to their home to find a koala perched on the Christmas tree in their living room.