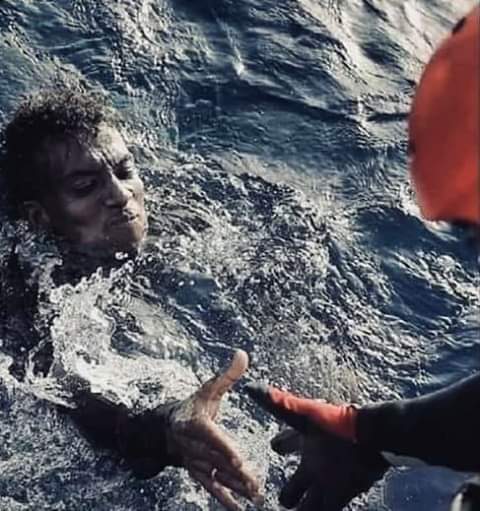 Over the past few weeks, we have seen a surge of racism badly and thinly veiled as patriotism, as legitimate political stance, or even as a concern for people’s health. Well, here’s the thing: it doesn’t matter how you try to repackage racism because it always boils down to one of two things, being ignorant or being heartless.

As a gay man, I know first-hand what this type of rhetoric feels like to the victims.

Being Black or of a different ethnicity is no different to being gay: it is no more a choice to be born non-white than it was for me to be born gay. But racists and homophobes choose to discriminate and perpetuate hatred every single day, and their choices hurt those they directly target.

AND you should take it with a bigger pinch of salt when you remember that Adrian Delia is now clutching at straws, desperately trying to save his very precarious seat.

When the parliamentary petition with the highest number of signatures in recent history is not one to get rid of a government that has skinned this country alive for its benefit, or to stop the destruction of our environment, or to discover the assassins of a journalist, but to stop people seeking a better life, you really need to ask yourself where our priorities lie. Yes, getting to Malta by sea ‘without a permit’ may be irregular, but for heaven’s sake, how many of you would do the same if you thought you could give yourself a better future? And that’s not to mention that Malta signed the 1951 convention relating to the Status of Refugees, meaning that we have to offer the opportunity for refugee status to anyone who seeks it, regardless of where they come from or how they got here.

AND even if some of these people arriving by boats may not deserve refugee status or asylum, begrudging them their right to life by saving them when they are in danger is a bit much, don’t you think?

That leads us to people like Neville Gafà, who tries to ride on this wave on anti-immigrant sentiment by publishing three-year-old pictures of NGOs supposedly acting in cahoots with human traffickers. This man is proud to help with pushbacks to Libya. Well, according to international newsrooms and the United Nations, it is widely accepted that what happens in lawless Libya is atrocious: people sold as slaves, people beaten and tortured, people raped. I, for one, believe the international news more than Gafà’s claims.

AND, honestly, considering there was so much outrage over the removal of the Mellieħa cross and yet so little outrage to seeing other human beings being subjected to this is a bit ironic, don’t you think?

What’s worse is that all this is tacitly acceptable because our ignorance is stemming from fear.

Well, I’m sorry to break it to you but:

– criminals come in all shapes, sizes and colours and sometimes in a suit and tie and with a title before their name.

– the government was, until recently, proudly ‘importing’ third-country nationals to work on major projects.

– our culture is changing because a) very few truly care about ‘Maltese culture’ on a day-to-day basis, and b) culture changes over time.

The problem, you see, was never with skin colour or ethnicity but with the majority’s attitude to skin colour and ethnicity. And before you make yourself out to be the victim (and of what exactly?), try to look at the bigger picture and put yourself in their desperate, hopeful shoes.