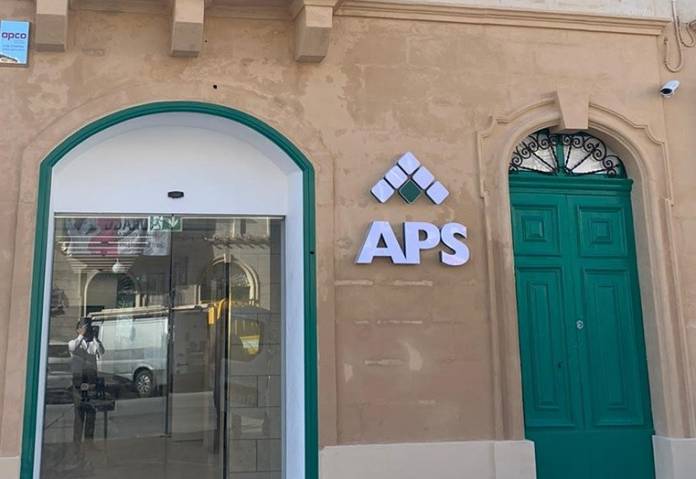 APS Bank as we know it today was incorporated as a limited liability company fifty years ago, on 1stJune 1970, with an authorised share capital of 2,000 Ordinary Shares having a nominal value of Lm50 each.  Its first two shareholders were the Right Reverend Mgr. Salvino Bartoli Galea and Reverend Victor Grech Dimech, who held five shares each, with the remaining 1,990 shares being subsequently issued on 3rdJanuary 1972 to His Grace the Archbishop of Malta, in his capacity as Head of the Archdiocese of Malta.

On 16th June 1973, Mgr Bartoli Galea transferred his holding to the Archbishop, and on 26th December 1975 Rev. Grech Dimech transferred three shares to the Archbishop and one to the Right Reverend Mgr Guido Calleja, in his capacity as the first Administrative Secretary of the Archdiocese.

On 18th June 1977 the bank proceeded to double its share capital to Lm200,000 to the existing shareholders, with the corresponding shares being allotted on 1st November.

On 9th May 1989 the bank increased its share capital through a capitalisation of retained earnings by a further Lm200,000.  The additional shares were issued to the existing shareholders in proportion to their holding in the bank.

On 22nd April 1994, Mgr Attard transferred his shares to the Metropolitan Cathedral Chapter, and on 30thDecember of that same year the bank issued a further 250,000 Ordinary Shares to the Bishop of Gozo in his capacity as Head of the Diocese of Gozo.  The five shareholders subsequently saw their holding quadruple in terms of shares as the nominal value was reduced from Lm1 to Lm0.25.On 26th March 1999, the shareholders went down to four when the shares held in the name of the Archbishop were transferred to UDA.  However the shares were still being indicated as held by the Archbishop as Head of the UDA.

​The Noughties and the Twenty-Tens

On 2nd July 2007, the shares held by the Archbishop as Head of the UDA were transferred to AROM Holdings Ltd.

On 28th May 2019, following a rights’ issue, AROM Holdings reduced its shareholding to 79.66%, although all four shareholders had an increase in their share allotment.

The Twenties will see a further dilution of AROM’s shareholding in APS Bank plc, with new shareholders expected to come on board a bank which is financially smart and ethical at heart.

Mr Pace Ross is the Administrative Secretary of the Archdiocese of Malta, and a non-executive director at APS Bank plc

Reuters   July 9, 2020
Greece currently uses diagnostic kits imported from a variety of suppliers abroad. The potential new test would use nasal swab samples, two researchers said, and could be available "in the coming future".

Amy Borg   July 8, 2020
On Wednesday, the NGO condemned the SLAPPs, strategic lawsuits against public participation, being threatened against five Maltese media houses who reported on the Montenegro windfarm deal that enriched private persons at the expense of the public.