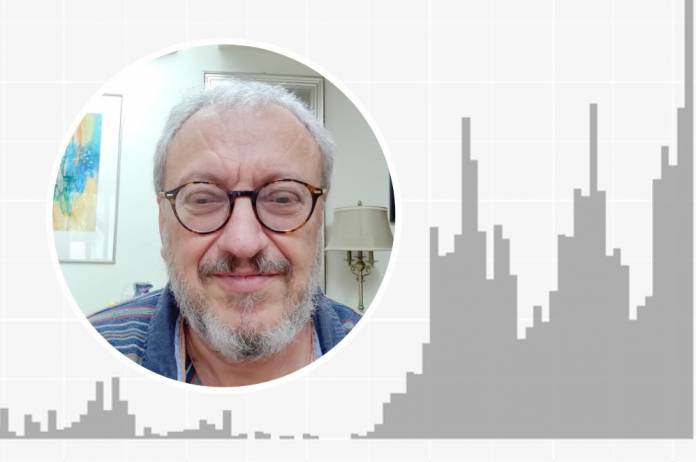 When we had 106 new cases some days ago I wrote that we are entering a new league by hitting triple digits figures. Thankfully, I was wrong then because that number was the result of very unfortunate outbreaks in care homes so health workers managed to contain them, although with the sad loss of life of elderly persons. The figures registered in the last two days seem to be a different story. Out of the 100 cases of two days ago, as much as 57 are sporadic meaning that health authorities do not know where they got the virus from. And working back from new cases to a possible superspreader is one important way with which epidemiologists try to control an epidemic of the type we are having. 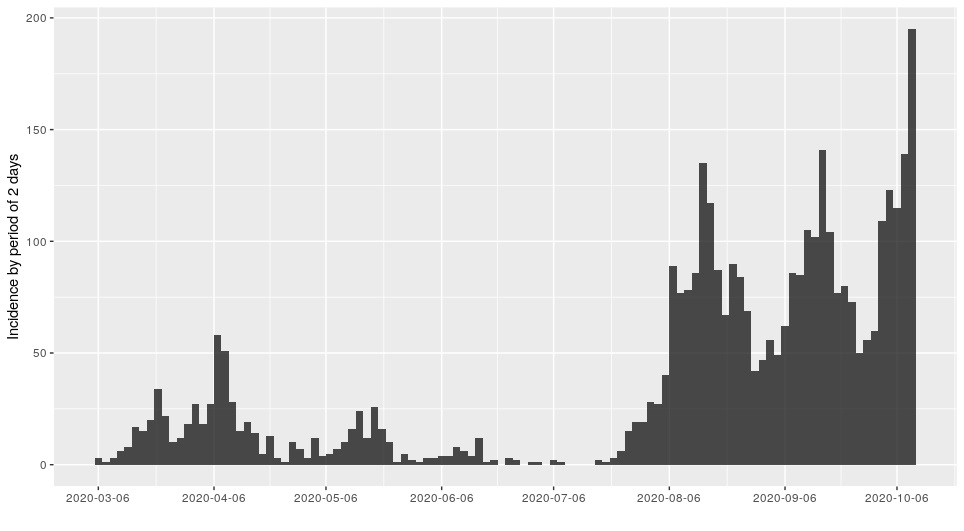 Our usual epi curve with a two-day interval is a picture which says it all. It is not that a hundred cases are some magic threshold beyond which something drastic will happen, but the concern is that, while in the first phase of the epidemic starting in March, from the third wave onwards the peaks of successive waves started to get lower, this third peak is already higher than the previous two, and we do not know if it is peaking or if it will still go higher. Only the next few days will tell us.

At the moment we are thankful for small comforts even though the numbers are worse than during the first phase: thankful that they seemed to have settled down in their twenties, then their forties, then their sixties. And now? At a point when the wave is on the uptrend, there are two bad scenarios that we might be facing. The worse is that this time it will not be another “mini” wave, the third in this sequence, but that the numbers will maintain their upwards drive, following the usual exponential increase common to the early stages of many epidemics.

But even if the numbers will settle down at, say, the nineties, although not as serious a situation, it might still be bad enough if this flow of new cases will lead to numbers which the health services cannot cope with adequately. 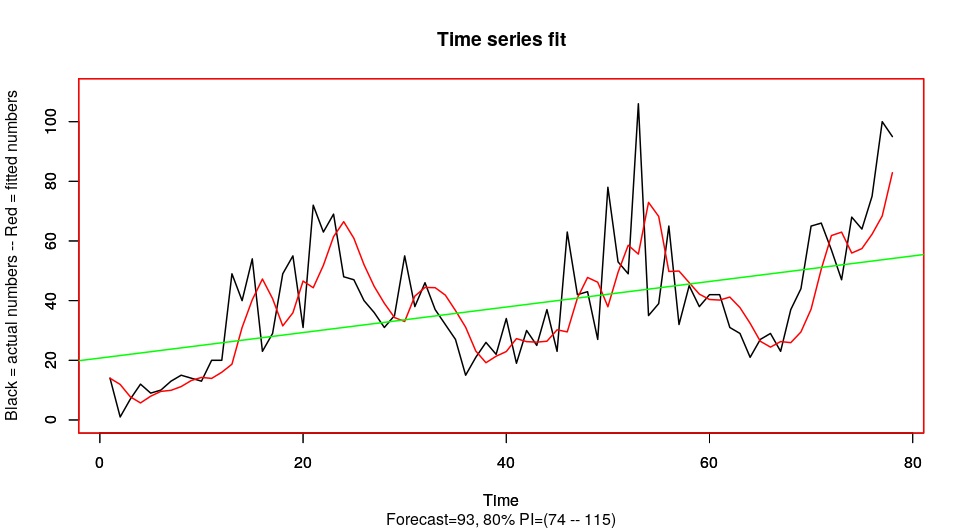 Many at this point will ask what the now notorious R-factor is. The time series of the actual daily numbers shown next indicates that this factor (which is anyway different for different epidemic models one adopts) is quite probably meaningless in our case since it is doing a see-saw around the critical value of R=1. The green line in this gives an estimate of the average (and I must emphasise “average”) number of daily new cases. It has a gradient of about 0.4, that is, over these past weeks, the average number of daily new cases increased by about 2 every five days. That is, if the average is, say, 20 today the line is predicting that it would be 22 in five days time.

This is still far from an exponential growth but I must emphasise that the trajectory of this epidemic has been far from linear, and any model, whether it is based on R-factors or other epidemic parameters is full of uncertainty.