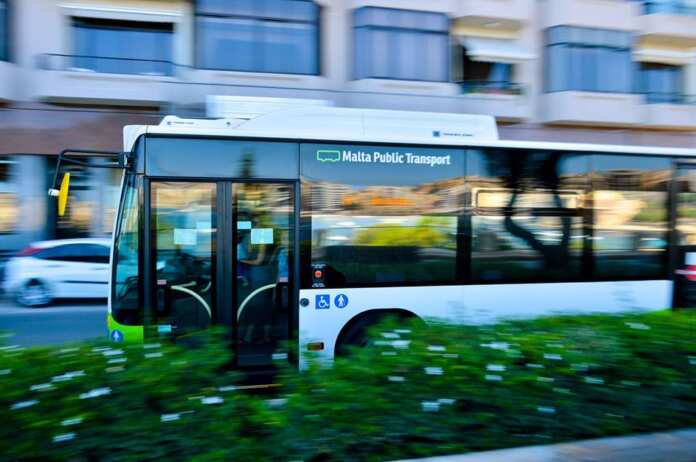 Malta Public Transport have vowed to give their full cooperation to the authorities after a blind man was assaulted on a bus on Tuesday.

The man was allegedly assaulted after a his wife asked a young mother to carry her child so that he would be able to sit on the seat specifically designated for people with a disability. 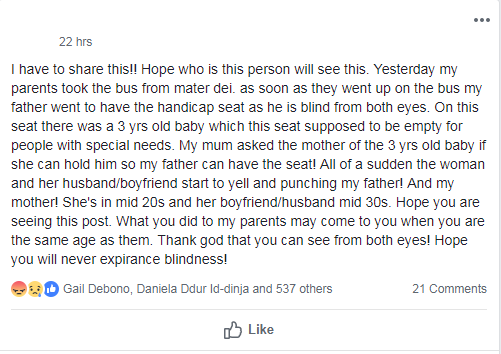 After the incident, the man’s daughter left a post on the Facebook group RUBS Are You Being Served?

In their statement, Malta Public Transport also said that they are currently in contact with the blind man and expressed solidarity with the family. The company has also insisted on making sure all passengers are informed about designated seating, and appealed to all passengers to respect each other.