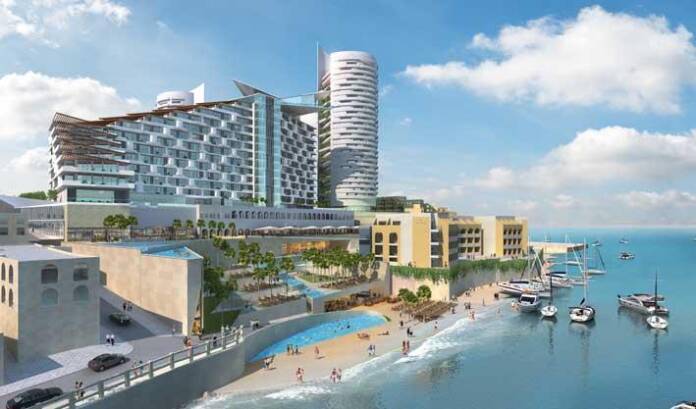 The DB Group’s revised plans for the redevelopment of the former ITS site in St George’s Bay have failed to impress Moviment Graffitti, which described them as a “blatant PR stunt and an attempt to increase the built-up area by stealth.”

The plans would drop the maximum height of the project, but would effectively replace a single 31-storey tower with two 17-storey buildings.

“DB’s new plans are essentially a Trojan horse. What they are really doing is that they are increasing the built-up area by a total of three new residential floors, while at the same time reducing the available open spaces,” a Graffitti spokesperson said in an initial reaction. “It is clear that the widespread opposition to this project from residents forced DB back to the drawing board, but in spite of appearances the developers remain intent on further degrading our quality of life.”

Replacing a single tower with two, Graffitti said, would not reduce the largescale long-term inconveniences which will plague the area

“The project’s vertical impact wasn’t the only source of objections to the project. In addition to the height, residents are upset about the volume of activity it will generate in the area, with the spillover of Paceville into Pembroke. DB mistakenly believe residents will be conned into believing they’ve designed a solution for all these issues,” the spokesperson maintained.

The group also pointed out that the proposed development would render the Grade 2 scheduling of the ITS building virtually useless by completely ruining its context. It also noted that there were no restrictions on future increases in height, and that such a loophole had allowed for increase in the height of the Mercury House tower being built by developer Joseph Portelli.

Graffitti highlighted persistent concerns on the infrastructure in the area, and questioned the transparency behind the government’s gift of a tunnel leading to the project, which will be financed by taxpayers and which is necessary for the viability of the project.

“We believe the process, from the transfer of land to planning, is deeply flawed and designed to favour the developer. This latest twist in the saga makes us even more determined in our opposition to this monstrous project. The land given to DB should be returned to its rightful owner, the people of Malta, and not used to bury our citizens in dust, noise and greed,” the NGO maintained.