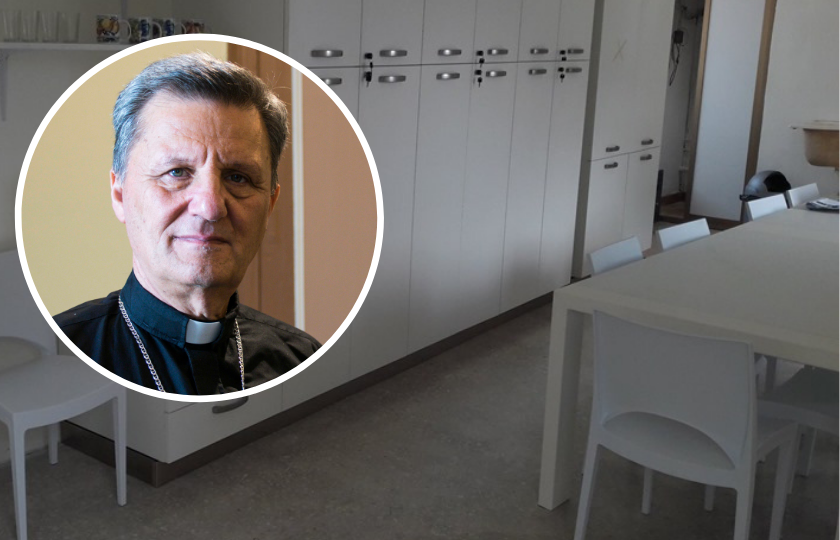 Gozo’s Bishop Mario Grech is encouraging Gozitan students to make use of the Church’s hostels in Malta it is providing to make the lives of those continuing their education easier. This was discussed during an interview with Fr Joe Borg.

Back in September 2018, Mgr. Grech had announced that two hostels will be opened for Gozo’s youths who are studying in Malta. He said that the Augustinian Priests together with the Sisters of Saint Joseph provided two Maltese houses to be used for accommodation; one for males in Gwardamanġa and the other for females in Gżira.

Mgr. Grech explained that the project was launched rather late last year, as many students would have already settled their living arrangements by May. He added that there has been an appeal for students to make use of this asset; however, there was little response.

The Bishop said that some students refrain from using this accommodation is because they believe they would be labelled as poor. He stated that the housing is not a place for the poor, and that they offer similar services as students are provided in private accommodation.

Mgr. Grech stated that he knows of two cases where parents are aware that their children do not want to live in the Church’s accommodation because that would be seen as coming from a poor household. He added that this label is only bringing harm, and he wishes that this image is corrected.

Many Gozitan students who are pursuing education at University or MCAST take up the challenge of renting accommodation in Malta to avoid needing to cross the channel every day. Although Government subsidizes €1,500 for each scholastic year, there are still a number of students who feel as if it is too costly.

Rent in Malta can range from shared bedrooms costing €250/month up to individual apartments costing over €1,000/month. For the Church’s accommodation, students are charged €100 a month between them, to cover the costs of electricity bills and water.

Last year, Bishop Grech said that parents and guardians should congratulate their children if they decide to pursue tertiary education. However, he had explained that this also brings Gozitan families some difficulties, as is the expenditure needed to provide their children a place to stay. He had added that most times, they are charged higher prices, even when conditions were not the most dignified.

Read: Gozitan students make up a fifth of the university population – GUG

Watch: Elect Cardinal about corruption in the Vatican and gays