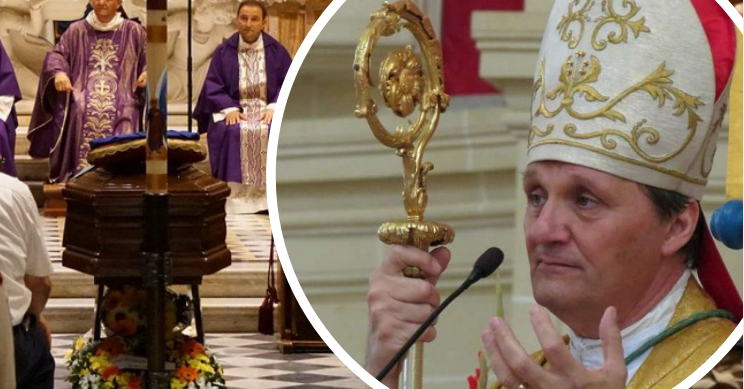 Hate speech, calumnies and ostracism were three of the elements mentioned by Bishop Mario Grech as prime methods in isolating people. During the funeral service of Gozitan entrepreneur Joseph Grech, Bishop Mario Grech focused on those who, for some reason, are sidelined, not by choice, but because the people around them decide to isolate them.

While there are those who choose to shy away from the limelight, said Bishop Grech, there are those who find themselves given the cold shoulder, not by choice but because jealousy and rivalry prevail. He said that some are shunned because they are judged as not meeting the criteria of society, or because their opinions differ from those of the majority, or even, because of the colour of their skin. They are put aside and rendered unproductive.

Bishop Grech said that those who want to eliminate a person use various weapons: ignoring a person, over-riding their opinions and ridiculing them, using gossip and tittle tattle, rash judgement, lies calumnies and hate speech. All these are optimal weapons to eliminate an ‘undesirable’. Then, to exacerbate matters, we isolate a person and let that person wither away in solitude.

These are very serious indeed, said the Bishop of Gozo, but the worst, he said is when a person suspects that he has been abandoned by God. Some may feel that they are not worthy to be in the presence of God, a feeling reinforced, sometimes, by the same christian community which condemns a person to the sidelines for an imperfect moral life.

Bishop Grech recalled the miracle when Jesus healed the man with a withered arm. From the sidelines of the synagogue, He brought this man to centre-stage and the stone which had been discarded became the keystone. Jesus, said the Bishop of Gozo, identifies with the sidelined. He said that our aspiration to eternal life will not be assuaged because of a glorious career, because of various endowments to the church or because, as priests, we would have celebrated many masses. The faithful, emphasized the bishop will enter Heaven on the merit of how much they helped those sidelined by society through the guidance of the Beatitudes. Then, the sideline becomes centre-stage.

Watch: “Do not barricade your hearts to those drowning” – Bishop Grech

Christoph Schwaiger   August 5, 2020
The English Language Teaching (ELT) council has ended its in-person services due to an increase in coronavirus cases in Malta.