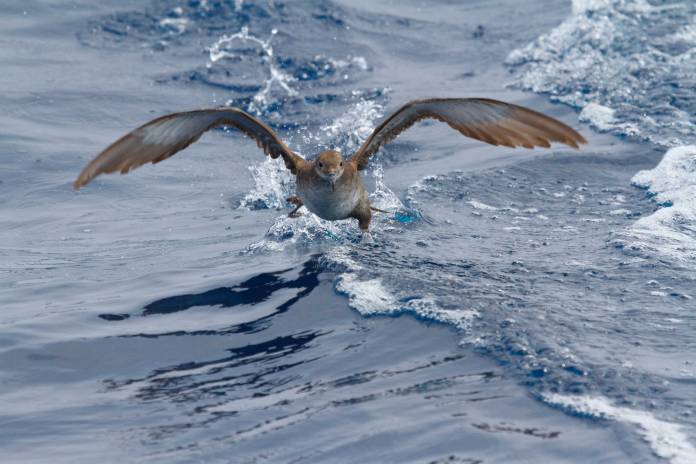 After decades of uninterrupted scientific studies about Malta’s seabirds, BirdLife  Malta is proud to announce that it will continue studying seabirds on land and at  sea following the start of a new project it has embarked on. This will be a  Mediterranean-wide collaboration for the conservation of two endemic and  threatened Mediterranean seabird species: the Yelkouan Shearwater (Puffinus  yelkouan) and the Balearic Shearwater (Puffinus mauretanicus).

Through the new €3.45 million LIFE PanPuffinus! project, BirdLife Malta has  joined forces with its BirdLife partners from another four countries (France,  Greece, Portugal and Spain) to share knowledge and investigate further the  whereabouts of these elusive birds, their interactions with fisheries, and the perils  these sea voyagers face during their lifecycles. In view of this BirdLife Malta is  happy to have also partnered in this project with Malta’s Department of Fisheries  and Aquaculture within the Ministry for Agriculture, Fisheries, Food and Animal  Rights. The Ministry has also committed to co-finance this project.

The Balearic Shearwater (Garnija Balearika) is classified as Critically Endangered with Extinction on the International Union for Conservation of Nature (IUCN) Red  List of Threatened Species, whilst the Yelkouan Shearwater (Garnija) is classified as  Vulnerable. Both species are very susceptible to a changing environment and are  affected by multiple marine and terrestrial threats which include pollution, the  accidental capture of birds in fishing gear known as bycatch, climate change and  severe weather. When it comes to breeding seabirds, invasive alien species and  human disturbance are the main threats to these seabirds.

Both species spend a significant portion of their life on open seas, rarely visiting  land except during the breeding season. Due to this they encounter a diversity of  threats. Although both species breed exclusively in the Mediterranean, like many  other seabirds they wander through different seas, in particular during the non breeding season. Balearic Shearwaters visit the Atlantic coast of Portugal, France  and southern England whilst large numbers of Yelkouan Shearwaters winter in the  Black Sea. That is why collaboration across boundaries is vital, and the involvement  of a wide array of stakeholders is necessary to ensure safe seas and colonies for  these iconic seabirds.

Throughout the delivery of this five-year project (2021–2025), BirdLife Malta will  build on the expertise gained through the previous three EU LIFE-funded projects  which studied Malta’s pelagic species, namely the LIFE Yelkouan Shearwater  Project (2006–2010), the LIFE+ Malta Seabird Project (2011–2016), and the most  recent LIFE Arċipelagu Garnija project (2016–2020) which has just come to an end  this September.

Apart from hazards already identified and addressed through these projects such  as light and noise pollution, human disturbance including from boat-based tourism, and egg/chick predation by invasive mammal species such as rats, the new project  will also address emerging problems such as plastics, which might affect both these  seabird species on a great scale in the next decades.

LIFE PanPuffinus! aims to improve the conservation status of these endangered  species across the Mediterranean Sea and the Atlantic coast of Portugal through a  joint effort between all participating partners to tackle the major common threats  they face: both terrestrial (on-land) and marine (at-sea). Above all, the project will  showcase a unique collaboration of different stakeholders across the  Mediterranean for the conservation of these two seabird species.