“A healthy country cannot be divided all the time and above all, we cannot be living two different realities or truths – the red and the blue,” said PN leader Bernard Grech.

On his first commitment following a mandatory quarantine, Dr Grech visited the grave of his cousin Karin Grech.

On 28 December was the 43th anniversary from the political murder.

Karin Grech was killed 42 years ago while opening a package which contained a bomb. To this date, the case remains unsolved. Grech’s murder was one of the most high-profiled murders in the troubled 70s and 80s.

Dr Edwin Grech was not home yet, when 15-year-old Karin, who was with her brother, opened the package which was wrapped in Christmas wrapping paper and addressed to her father. She was rushed to St Luke’s Hospital where she died around half an hour later.

In his Facebook message, Bernard Grech appealed for a common reality based on the people daily needs to cater for future generations. 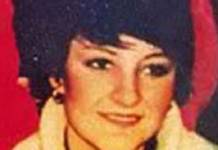 Bernard Grech with a message of hope for the New Year