PN Leader hopeful Bernard Grech has handed in his nomination as a candidate for the Leadership of the Nationalist Party.

Bernard Grech, who is a lawyer, presented his nomination to the Chairperson of the PN’s electoral commission, Peter Grech.

In a statement, the PN said that the nomination was verified by the office of the electoral commission and has been declared as valid. This means that Bernard Grech is officially a candidate for the PN’s leadership election which will be held on the 3rd of October.

The nomination must be seconded by at least: 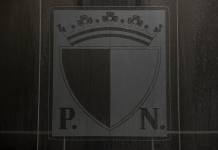