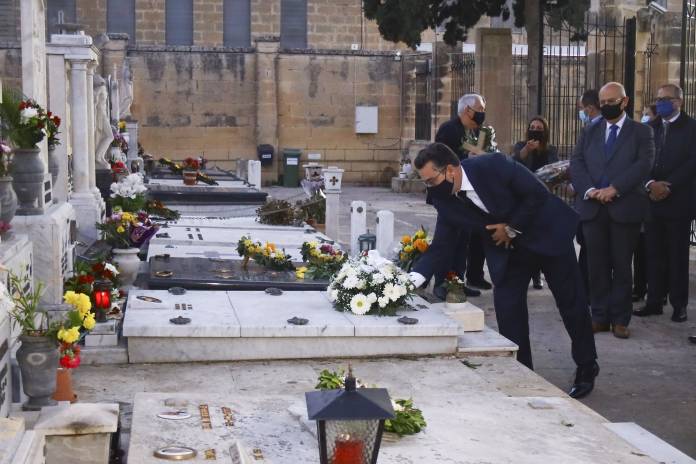 “Raymond Caruana’s murder will remain a pain for his family, for the Nationalist family and disgraced all the Maltese and Gozitan people” said Nationalist Party leader Bernard Grech on the 34th anniversary of Raymond’s assassination Caruana.

Caruana was a Maltese political activist affiliated with the Nationalist Party (PN). He was murdered during a drive-by shooting at a PN club in Gudja.

Peter Paul Busuttil was accused of the murder; however, in the Maltese Law Courts, it later transpired that Busuttil had been the victim of a frame-up by the Labour Party with the aid of the police. The case is still unsolved to the present days.

The real culprits were never identified. Although evidence in court proved that the weapon that killed Caruana was also used in the shooting just few days before on the PN club in Tarxien. On that occasion the club was closed, and no one was injured.

No place for tribal politics

The Leader of the Opposition reminded said that politicians need should daily commit themselves not to let politics turn to make sure that nobody turns politics into tribal confrontations.

On 5th December 1986 while Caruana was at the PN club in Gudja, a car drove past the club firing several shots. One bullet hit him in the throat, killing him.

Dr Bernard Grech attended mass in memory of Raymond Caruana held at Gudja parish church and laid a wreath on the victim’s grave at Gudja cemetery.

A dark period of political tension

“Violence is a failure of the democratic process, it must never be allowed to prevail”, said the ADPD Chairperson on the occasion of Caruana’s murder.

On the anniversary of the assassination of Raymond Caruana on December 5, 1986, ADPD’s Chairperson laid a wreath on Caruana’s grave at the Gudja Cemetery.

Carmel Cacopardo said: “It is important that we never forget the event we are commemorating today. A young man’s life was lost 34 years ago, because of a dark period of political tension and violence in our country. For a time, violence prevailed over reason.”